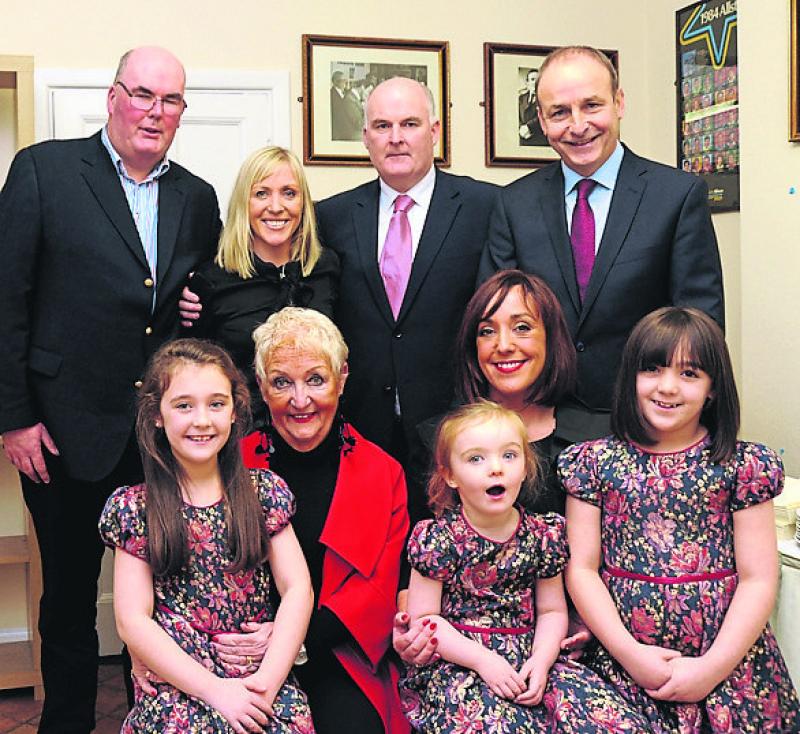 Mr Flaherty said it was a great evening for Fianna Fáil and indeed a great day too as he and Deputy Martin partook in a walkabout around Longford town earlier.

“The enthusiasm around Longford town was overwhelming,” said the local businessman.

“And what really impressed me was the positive way in which people reacted when they met Micheál Martin.

“It was amazing to see how popular he is and to see first hand the huge respect that is out there for him.”

Mr Flaherty then went on to point out Deputy Martin’s many political achievements including his pioneering of the public smoking ban.

“He was probably one of our most industrious and busiest ministers for health and you can see the stamp of his term in office right across this county - most especially in St Christopher’s Services,” he added, before pointing to the “wonderful facility” that is St Christopher’s.

“If Micheál can have the same impact when he is Taoiseach as he had when he was Minister for Health, not only will Ireland be back firmly on his feet, but Longford will be too.”

The local Fianna Fáil election candidate then spoke about the political history of Longford and the stronghold that the party held during those years.

“There is a tradition that stands behind Fianna Fáil and is the bedrock of this county since the foundation of the State,” continued Mr Flaherty before pointing to the ancestors of those present at the campaign office opening and the role they played.

“Those people build this county and made it what it is; and they did this with the blessing and the imprint of Fianna Fáil all over.

“We are going to have the keyboard warriors and the political extremists who are going to berate us and ridicule us but be assured that when we go to the people of Longford we will answer the resounding questions.”

Mr Flaherty then pointed to numerous housing projects and business initiatives in Longford town which he said had been delivered - in the past - by a progressive and ambitious Fianna Fáil party.

“When people talk today about social housing, look across Longford; look at Teffia Park and Annaly Park in Longford town; Devine Crescent in Edgeworthstown and Church View in my own home town of Lanesboro and it was Fianna Fáil who built those houses.

“The people of Longford believe in the goodwill of Fianna Fáil, they know we are here for the right reasons and we want to do good for Longford because it has been neglected for far too long.”