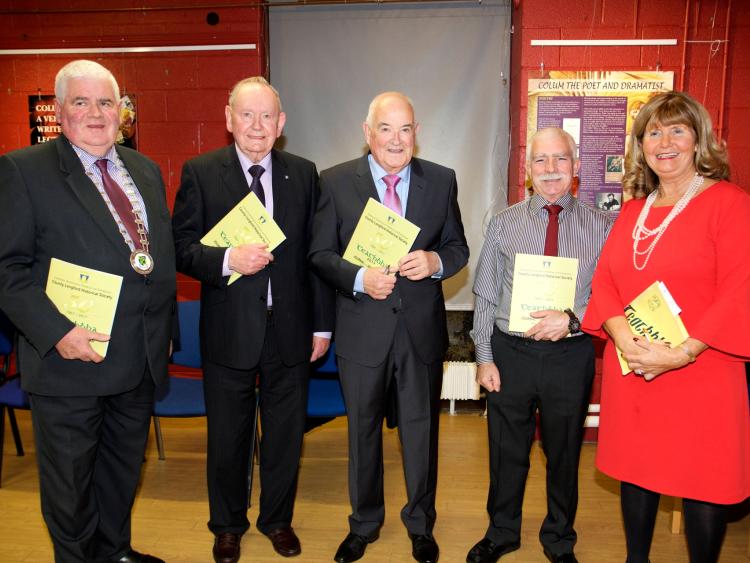 with the Society’s 50th anniversary and was officially carried out by Co Longford Historical Society stalwart, Jimmy Donoghue.

He spoke about the “quality” of the people who were involved with the Society back when he first joined up in 1969, and their passion and love for the county.

He also alluded to the richness of the content within the Journal’s covers.
“There are so many great stories in this and it is a fabulous book,” Mr Donoghue said, before pointing to the fact that all the articles within were written by members of Longford Historical Society.

“There is one article in particular that I would like to draw attention to and that is the piece written by Margo Gearty entitled ‘Mick and Kit - A Granard Love Story’.

“A Granard Love Story, but surely it is one of Granard’s greatest love stories, if not the greatest!”

He then spoke about the people involved in the Society over the years.
“They were great people,” added Mr Donoghue.
“Probably one of the highlights for the Society was in 1991 with the opening of the museum and I remember when we decided to get the museum going, Sylvia Dawson indicated that she would get the President of Ireland, Mary Robinson to come……..and she did!”

Meanwhile, he encouraged everyone to go out and buy a copy of Teathbha - a book Mr Donoghue added “would make a wonderful Christmas present”.
“It’s a wonderful book and I want to congratulate everyone involved; I hope you all enjoy it,” the well known Granard man concluded.