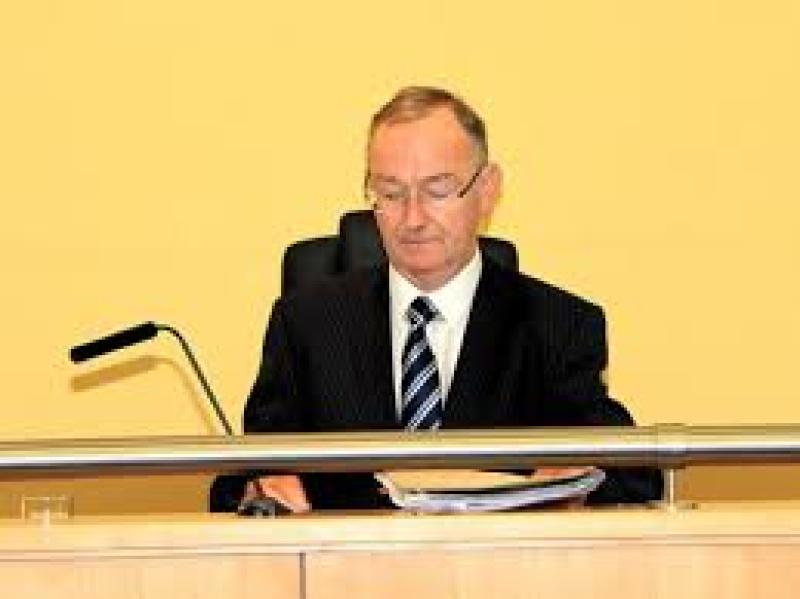 A local farmer who appeared before Longford District Court last week under orders by the court to sell his cattle, infuriated the presiding judge when he said he had sold all his cattle, bar four, so that he could hang onto his entitlements.

James Casey (47), Lismacmanus, Lanesboro, Co Longford appeared before Judge Seamus Hughes convicted of trespassing at the home of James Mullooly at Gurteegan, Lanesboro and stealing milk replacer on May 15, 2016.

During a recent hearing, Judge Hughes together with the help of the Department’s veterinary inspector Anthony Sweeney ordered Mr Casey to sell his cattle because the Judge felt that the farmer did not have enough fodder to carry the animals through the winter months.

“I want them all sold,” the Judge said during the hearing.

“I’m looking at the winter now and the feed he has; he has no fodder, so there is no point whatsoever in having stock if he only has duck eggs to feed them.”

Mr Sweeney told the court that Mr Casey had sold all cattle except for four and nobody was happy about these latest developments.

“I hung onto four cattle because the Department of Agriculture told me that if I didn’t do that I would lose my entitlements,” Mr Casey told the court.

However, Mr Sweeney told Judge Hughes that he did not believe that Mr Casey needed to hang onto four cattle to claim his entitlements.

“He has no fodder for the cattle and the orders of the court were that he sell all his cattle,” the veterinary inspector pointed out.

During his deliberations, Judge Hughes told Mr Casey, “get rid of four animals”.

“I don’t care about your entitlements,” fumed the Judge.

“I care about your animals’ welfare and them being out on the road wandering, etc.

The Judge then gave Mr Casey three weeks to get rid of his remaining stock.

“You have three weeks Mr Casey to sell those animals and I am telling you now that if the cattle aren’t sold, you can pack your toothbrush because you are going to prison.”

Mr Casey will appear back before Longford District Court on November 28 next.