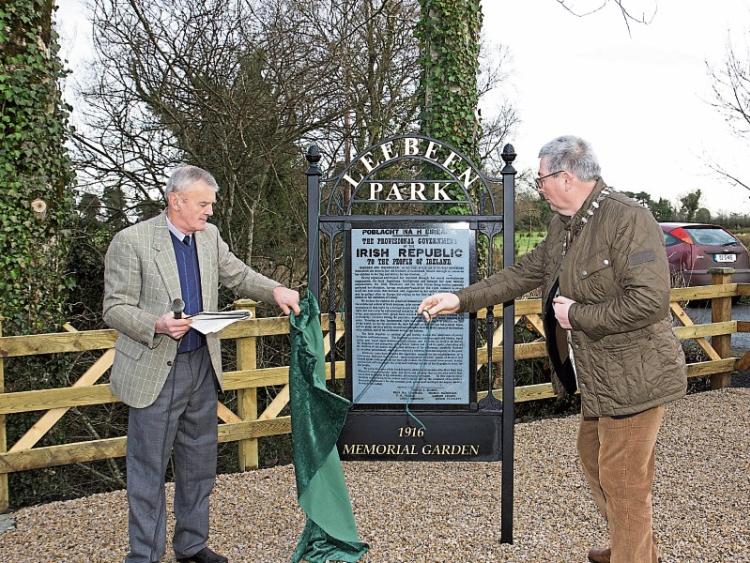 This fund-raiser for the increasingly popular local recreational amenity, has become one of the more enjoyable social events of the north Longford winter season calendar.

Groups of families, friends and supporters from all over the area gather to support this quite unique local amenity and recreation area that Leebeen Park has become.

With the evergreen questioning of quiz-master par excellence, Kieran Tonra, things get underway this Friday night from 9pm.

Leebeen has come along by leaps and bounds since its small group of locals organised the purchase of the lakeside property when the late and very popular publican, Philip Hourican retired more than fifteen years ago.
Starting with the construction of the lakeshore boardwalk, the fishing platforms and 1.5 km perimeter pathways, a copse of native specimen trees was planted early on.

Bit by bit, further enhancements followed, including the amazing Children's Playground, sponsored by the local Colmcille Development Group and the Orchard Garden which has been developed by Colmcille Gardening club.

The addition of our twelve very popular exercise machines was, of course, courtesy of the local office of the Health Service Executive. These are much used and well appreciated by young keep-fitters and their artery-hardening seniors!

In more recent times, Leebeen has been greatly enhanced by the addition of its 1916 Memorial Garden, by a very attractive ornamental "babbling brook" feature and, especially, by its Fairy Garden which attracts its own toddler and not-so-toddler fanclub.

Actually, the public amenity that Leebeen Park is came into its own lately as the local St Colmcille's GAA club and the Leebeen Committee came together to put on a thoroughly enjoyable Halloween extravaganza for hundreds of kids, mums and dads and quite a few grandparents as well!
Of course, the latest addition to Leebeen has been the provision of a new public lighting system all along the pathways and entrances.

All that remains is for the final connection to the power network to be completed so that we shall all be able to exercise walk and run as easily on the dark nights around Christmas as in high summer.

The Committee continues to appreciate the ongoing care and maintenance of Leebeen by our men "on the spot", Johnny Shaughnessy and Pauric Mulligan as we look forward to another night's craic, sports and fun in Murtagh's on Friday night.