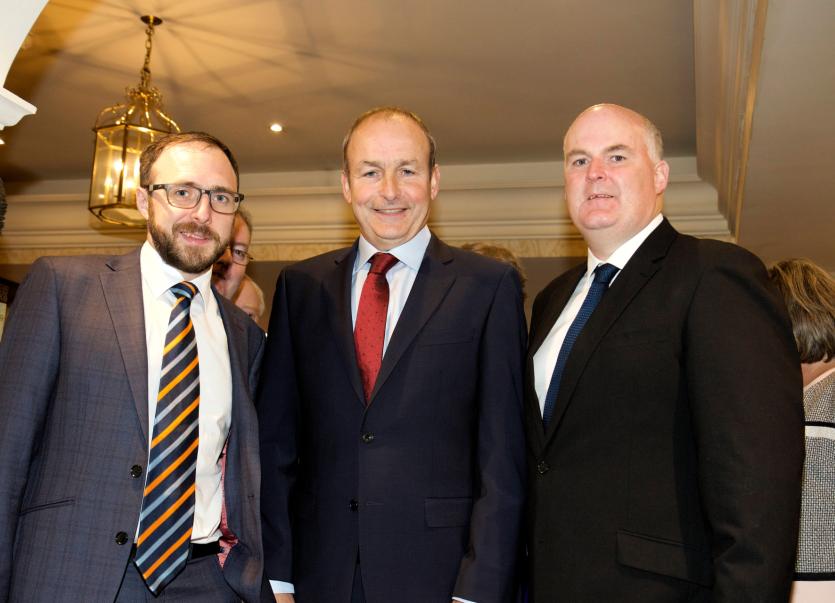 The introduction of a hard border in the wake of Brexit will have “devastating” consequences for County Longford, Fianna Fáil leader Micheál Martin has said.

The Cork South Central TD expressed his concern at the possible collapse concerning Britain’s departure from the EU in 2019 and the crisis that is threatening to engulf Teresa May’s Tory party.

Speaking to the Leader in Longford as he accompanied general election candidate Joe Flaherty on the hustings, Mr Martin said the long term ramifications of a hard border post Brexit were grave.

“It will be devastating for Longford,” he claimed.

“If a hard Brexit happens it will be devastating for the West and the Midlands and the agri food industry in particular.”

Mr Martin said his comments were not personal views, but were ones supported by government agencies as well as independent think-tank experts.

He also reiterated an earlier stance to for the border counties to be designated a “special economic zone” in order for limit the damage brought about by Brexit.

“Ireland must avoid a hard Brexit,” he added.

“I’m not just saying that, the ESRI have said it in their economic analysis and the Department of Finance have said it their analysis.

“We must try and keep Britain in the customs union or a customs union that’s equivalent to it and the single market because the agri food industry in the regions outside of Dublin stand to suffer the most.”

Mr Martin had strong words too for the ongoing disharmony that continues to beset the British Conservative Party, the latest of which centres on Teresa May’s decision to specify the date of Britain’s departure from the EU.

Describing the latest saga as “a mess”, Mr Martin also called on the Government to examine the prospect of beginning emergency preparations for a possible breakdown in Brexit talks.

“Yes we should and I don’t believe the Government have really factored in the hardline scenarios that could emerge.

“It’s a mess in British politics at the moment.

“We should be looking at potential state aid supports that may need to introduce to help us come through this transitional phase.”