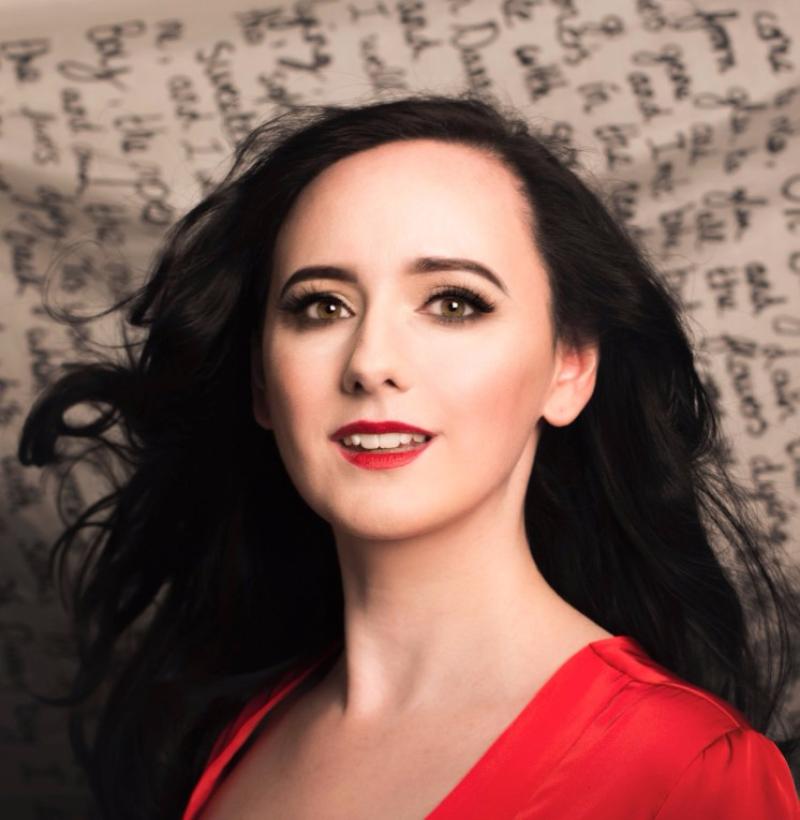 Longford has no shortage of musical talent, with artists and bands travelling far and wide to make it big in their music careers. But it’s always nice to see them come home again and that’s exactly what soprano, Emer Barry, intends to do this weekend, with the launch of her debut album, ‘Storyteller’.

Emer is the daughter of Imelda Barry and the late John Barry. She grew up on Tennis Court Lane, Battery Road and says she had a tennis racket in her hand from the age of three - but she didn’t pursue the sport into her adult years.

“I swapped the racket for high heels and makeup in my teens, so I can’t say I’m any way sporty,” Emer told the Longford Leader last week.

“My dad was chairman of the Tennis Club when I was growing up, but he had a real passion for music and, to this day, 15 years after he died, we still have a room in our house that we call ‘Dad’s Music Room’. It’s still topsy-turvy, the way he liked it!”

So, while her dad didn’t steer her towards a career as a tennis star, she certainly inherited a love of music from him.

“My parents sent me to lessons from the age of 10 and sent me to join two youth choirs in the Cathedral,” Emer recalled.

“They tell me I was singing before I was talking. I’d stand up in my cot and start singing in my own made-up language, so I don’t really remember a time when I didn’t sing!

“I did suffer from nerves for a time in my early 20s, but I just kept singing through it and found a way to overcome it eventually.”

Audiences in Longford may recognise Emer as the voice of ‘O Holy Night’, which she has been singing in St. Mel’s Cathedral every Christmas since she was a teenager.

“That’s all thanks to the Cathedral organist, Fintan Farrelly. He invited me to sing ‘O Holy Night’ with the Adult Choir when I was about 18 and it just sort of became a tradition after that,” she said.

And, with such a strong connection to the cathedral, it comes as no surprise that Emer was affected by the fire that took hold of the sacred building in 2009.

“I sang at midnight mass in the Cathedral the night before the big fire. I’ll never forget going in the next morning to sing at Christmas Day Mass and seeing the sky enveloped in black smoke,” she recalled.

“But that mass in the Temperance Hall that morning was one of the most special moments I’ve ever been a part of - the whole community coming together to celebrate Christmas Day, despite the shocking tragedy.

“ and the choir performed ‘O Holy Night’ that year too and it took on a whole new meaning.”

Since she first started singing in the Cathedral, Emer’s career has gone from strength to strength. But, she says, there was always an inner conflict about what kind of singer she wanted to be.

“‘O Holy Night’ is special because, as soon as it starts, it conjures up all those warm feelings of Christmas and joy. I wanted to find more of those songs that real people could identify with and give them new life.

“I’ve always felt that I’m more a storyteller than a singer because the story is more important to me than the sound I make. The show on November 18 gives stories the driving seat. It’s also the title of my debut album,” she said, referring to ‘Storyteller’.

And she’s certainly good at telling stories. A brief conversation with the Longford Leader soon steered towards politics and the time she greeted American President, Donald Trump, at Shannon Airport in 2015.

“That was just hilarious,” she recalled. At the time, Emer was a member of Affinití, which also comprised Aisling Ennis on Harp and Mary McCague on the violin.

“Affinití were working as artists in residence with Shannon Airport back in 2015, so after a number of performances in America with them, they asked us to perform for Donald Trump on his arrival to Shannon.

“Originally, we were supposed to be giving a private performance in the President’s Lounge, but when we arrived, we were asked to greet him on the runway.

“We agreed and tried to think of something that would carry over the sound of a jet engine, with no microphone!

“He was very gracious though. He stopped and listened and waited until we were finished before saying ‘thank you’ and ‘remember the name Trump when you’re famous’.”

And, while performing for Donald Trump was certainly an interesting moment, Emer says that the highlights of her career include various performances in the US.

“Going to America has always been a dream of mine and, over the past three years, I have performed there on five different occasions,” she said.

“On my first trip, I performed with Affinití at an event in the Ross Perot Science Museum in Dallas, Texas. I had to pinch myself to believe it was all actually happening.

“Another highlight was recording White Christmas with Howard Crosby (Bing Crosby’s nephew). That was quite special. The last few years have been full of magical moments.”

Of course, such an illustrious musical career has to come with its own challenges and Emer is quick to admit that she battles with self-doubt on a regular basis.

“But I have discovered that self-doubt can be a useful tool if you can manage to not get emotional about it,” she explained.

“What I mean is it’s really important to accept that you’ll never be perfect, but you can always be better. Thinking like this helps me work hard and never get complacent because, at the end of the day, I am incredibly blessed that I get to do this for a living and I owe it to everybody who comes to a concert or buys an album to give them the very best of myself.

“I can only do that if I keep striving to better myself. Saying that, finding a happy medium between self-belief and self-doubt is a pretty tricky balancing act!”

In fact, Emer says she has pushed herself this year in particular and, while she said venturing out of her comfort zone isn’t pleasant, it does bring its own rewards.

And, with the album officially the Concert Hall, Dublin, in July of this year, Emer is still eager to do a launch in her hometown.

“I had to come home! Longford is where I started; it’s where I took my first steps, so to speak, and of course, my dad was a huge part of this journey. So I felt bringing the album home was important,” she said.

“The show on November 18 is a homage to stories first, and music second. We have four sections: Love Stories, Fairytales, Tear-jerkers and Memorable Characters, all explored through different genres of music, from Opera to Disney.

“I have a wonderful guest soloist, Karl McGuckin, who will wow people as much as he wows me; and a pianist and violinist also, so it’ll be a great night.”

And Emer doesn’t plan to stop there: in 2018, she’ll travel to the States again to perform a series of shows in Palm Springs. She’s also writing a new show, which she hopes will introduce the younger generations to classical music.

“I think people sometimes feel that Opera or classical music is a bit stuffy, but it can be so much fun.

“It’s the theatrical side of it that I fell in love with and I want to showcase this side of it. I’m working on a show that will be full of beautiful music, but accessible to the whole family. I’ll keep you posted,” she concluded.

Emer will launch her debut album, ‘Storyteller’, in the Backstage Theatre this Saturday, November 18, at . The album will be available at a discounted rate of €10. Tickets are €17 - €20, available at www.backstage.ie. 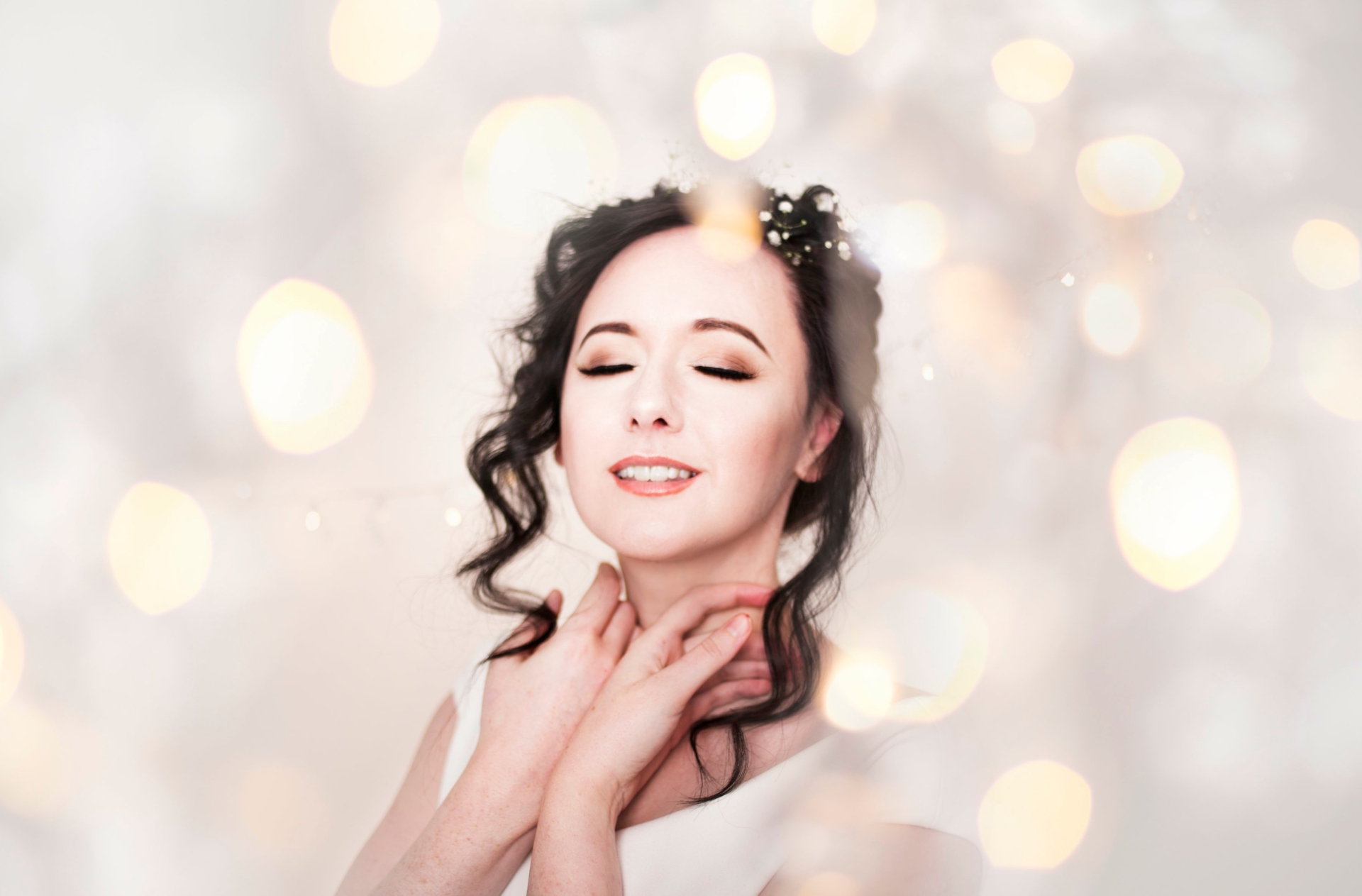