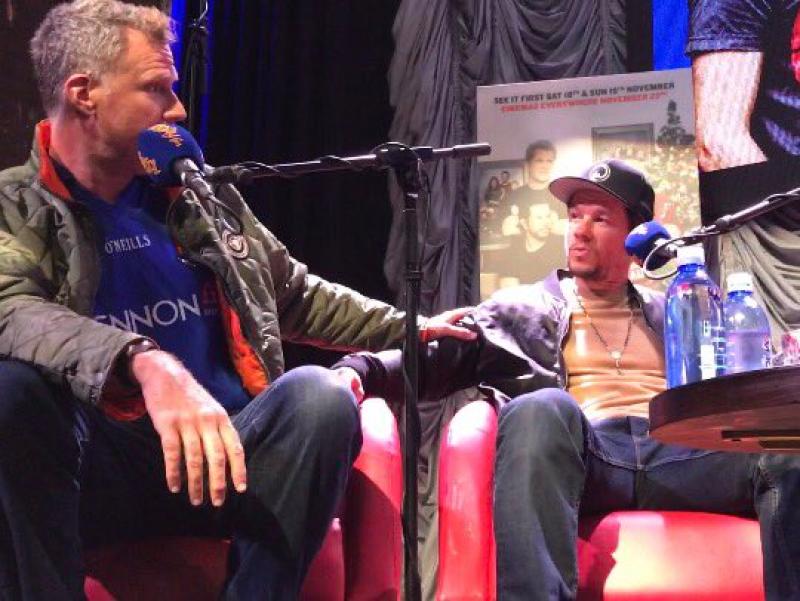 Longford GAA's secret weapon for the 2018 season was unveiled this morning in the guise of Hollywood star Will Ferrell!

Mr Ferrell, who takes a keen interest in his Irish roots, visited Longford in 2008, accompanied by  his father and brother.

The actor later spoke of his visit to Longford, and an evening spent in Eamon Farrell’s pub, during an interview on one of the USA’s most-watched chat shows, The Tonight Show with Jay Leno.

“We took two weeks to travel around the countryside and stopped in County Longford,” he said at the time. “That’s where all the Farrell’s are from. We wanted to do some research and we were told to go to Eamon Farrell’s pub, which is a real place. We went there in the afternoon and said hello and said we might stop by later that night. Well, we came by and there were literally a thousand people there who all said they were Farrells. I must have taken a hundred photos, and we ended up in some guy’s house at three in the morning, my body shaved.”

The organisers of 'The Longford Lunch', which takes place at Croke Park on Friday, are remaining tight lipped on whether Mr Ferrell and his co-stars will be appearing there. The MC for that gig is loyal Longford supporter and RTE journalist Sinead Hussey, while top comedian PJ Gallagher will also be on hand to entertain guests.

Mr Ferrell, along with Mark Wahlberg, Mel Gibson and John Lithgow, were in Dublin's Twenty Two this morning for an exclusive live interview with Dermot & Dave.

Ferrell revealed the quartet attended last night's World Cup qualifier play-off at the Aviva Stadium where Ireland were crushed 5-1 and he quipped, "Our condolences on last night."

He then speaks about his Longford jersey, which features his name 'Will' on the back, and at this juncture it is also mentioned about  Mel Gibson's mum hailing from Longford.

After a sudden change in plans, the four men decide to take the kids to a luxury resort for a fun-filled getaway that turns into a hilariously chaotic adventure.

The Irish premiere of Daddy's Home 2 is at the Odeon Point Square this evening November 15 and you'll also be able to see Daddy's Home 2 at Longford's Omniplex cinema from Saturday, November 18.

Find someone who looks at you the way Will Ferrell and @mark_wahlberg look at each other #DermotAndDave pic.twitter.com/9y5FzJ6JpC

Will Ferrell is wearing a LONGFORD JERSEY live on @TodayFM now!! #DermotandDave pic.twitter.com/g7T3b5Wg2Q

When you didnt get to get a picture with Will Ferrell so you paste your face onto your bosses body and send it to your family, friends and former teachers. #DaddysHome2 pic.twitter.com/D0QibD0eIu