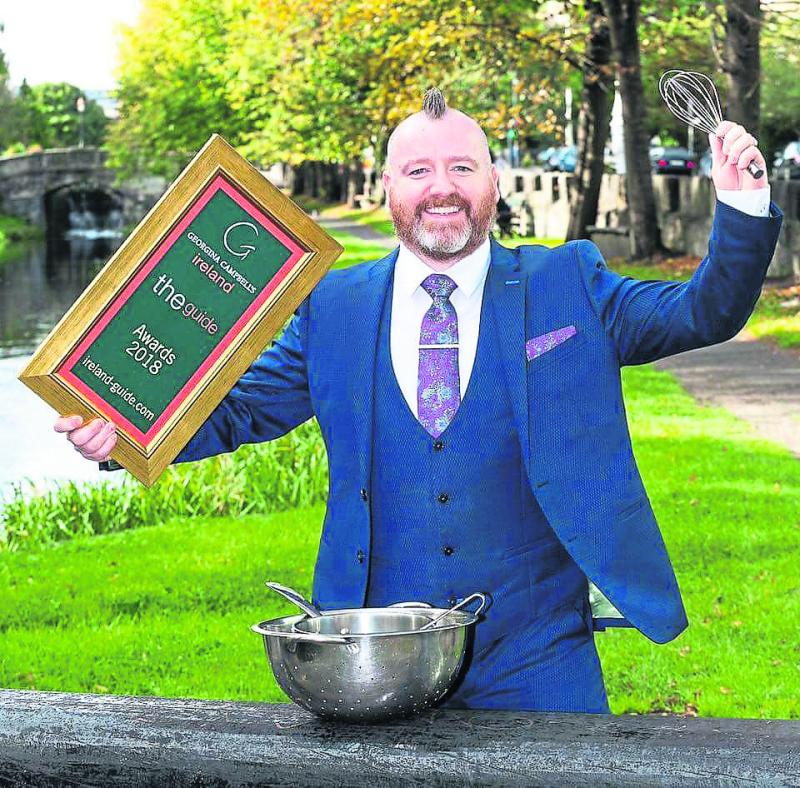 The news that head chef at Viewmount House, Gary O’Hanlon is to leave after nearly 10 years at the helm of the much loved Longford town restaurant has been met with shock and disbelief in many quarters.

Donegal native, Mr O’Hanlon announced on social media last weekend that he was “to hang up the apron” after an established career at the venue.

Speaking to the Leader on Monday, the chef said that while he would remain on at VM Restaurant for a few months yet, an opportunity had arisen for him that would be more suitable to family life.

“A very big offer has come my way and it will be better for family life,” said Mr O’Hanlon, before pointing to the fact that his wife Annette had been managing the family side of the couple’s life for some time now.

“This new offer will mean a I will play a huge role in food and while I wasn’t looking to move on, this opportunity came along and I am happy with my decision.”

The celebrity chef will no doubt be sorely missed by Viewmount House.

In the past month alone, the Longford town eatery has walked away with a number of prestigious food awards and other accolades.

During the summer it received the Georgina Campbell 'Hospitality Hero Award' and was named 'Irish Hotel of the Year' at the 2018 Good Hotel Guide César Awards which took place in London on October 9 last.

“We have won some amazing awards at Viewmount House over the years, but one thing I am disappointed over is the fact that I did not achieve a Michelin Star,” Mr O’Hanlon continued.

“I still feel that we should have got one, especially in 2013 but there are wonderful chefs there - all of whom will do the venue proud in the future.”

“I have travelled all over the world and cooked for a lot of people,” smiled Mr O’Hanlon.

“But what I have achieved at Viewmount House has been amazing.

“James and Beryl gave me the opportunity to be the best chef I could be; they backed me and that was wonderful.”

Mr O’Hanlon then went on to say that he treated VM Restaurant like it was his own business and every decision he made in respect of proceedings was based on that belief system.

“As far as I am concerned that is the way chefs should be; I appreciate it is a gamble taking on an employee, but believing in what you do is key,” he said.

“10 years is a long time - it was nice to walk into a room and to see my food appreciated.”

For O’Hanlon there are many highlights, but what stands out most is the César Award and the Georgina Campbell 'Hospitality Hero Award’.

“To be with James and Beryl in London last month for the César was unbelievable,” he smiled, before pointing to the Georgina Campbell award.

“Going to Dublin to collect that was very special and these are things that I will never forget.

“I'm leaving on a high and would like to think that I have done VM Restaurant justice.

“The people of Longford have been very good to me and Viewmount House is in top stead now.”