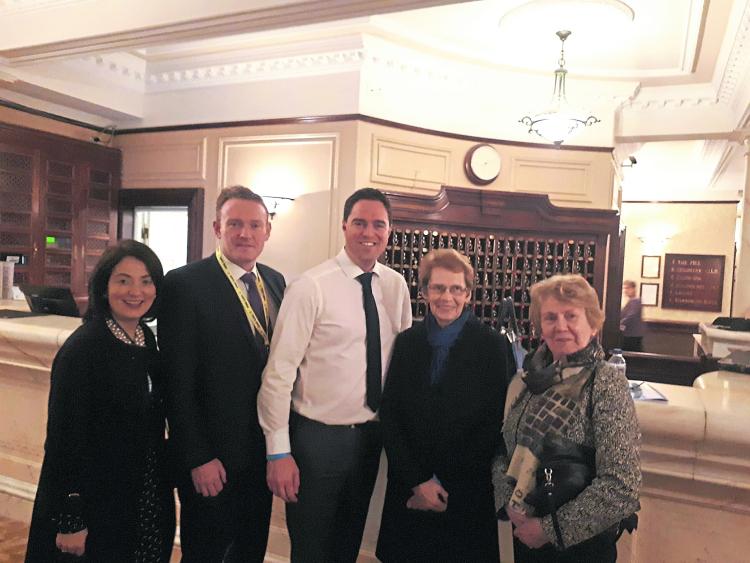 Longford's Fine Gael contingent were out in force in Cavan last week to witness Taoiseach Leo Varadkar continue on his path to create a 'Republic of Opportunity'.

Mr Varadkar used his keynote address to reinforce the party's commitment to reduce taxes for the so-called squeezed middle over the next three years.

Among a full to capacity Slieve Russell Hotel in Ballyconnell were a number of locally elected representatives including Cllrs Micheál Carrigy, Colm Murray, Paul Ross and Paraic Brady.

The man he is hoping to join in the next Dáil, sitting Longford/Westmeath TD Peter Burke chaired a session on making work pay earlier that afternoon.

More pointedly, the Mullingar based accountant applauded the publication of Fine Gael's Building a Republic of Opportunity document.

“This is a new departure in Irish politics,” he said.

“Normally the only time a political party publishes its policy platform is in the middle of an election campaign, when it is far too late for a proper debate on those ideas.

“Key actions in Building a Republic of Opportunity include introducing shared, paid parental leave in the first year of the child’s life, as well as afterschool services in schools and community hubs.

“This will be a welcome move for parents who can now more evenly share out the care of their baby in the early months which may suit many families better than the typical maternity leave available.”

Like his party leader, Mr Burke moved to quell cynicism from those in opposition about how the lead government party goes about its business.

“We in Fine Gael are confident in our ideas, and because of that we are prepared to put them out there and debate them, and where an idea can be improved, we will take that feedback on board,” he said.