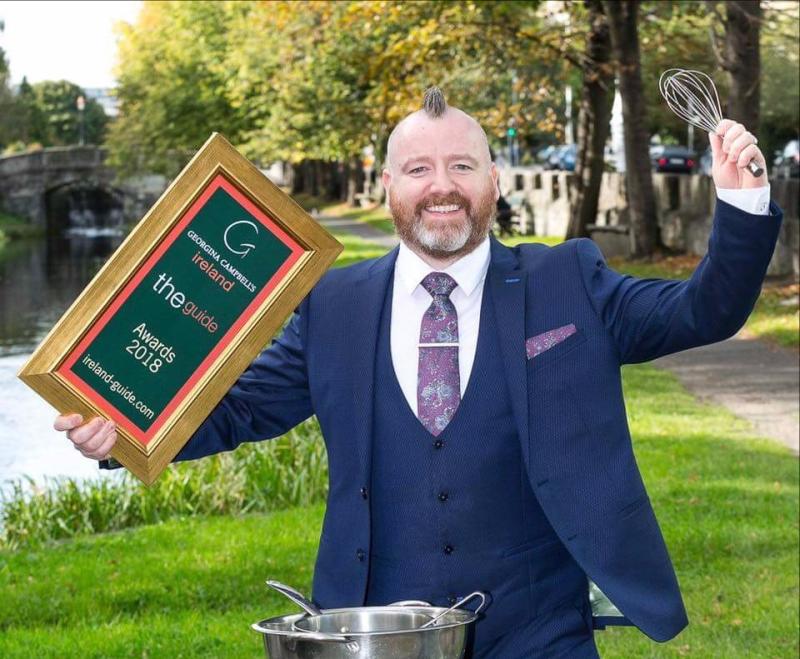 Celebrity Chef Gary O'Hanlon has announced that after a decade at Longford's award winning Viewmount House he'll be hanging up the apron shortly after Christmas.

Donegal native Gary, who is a regular on our TV screens, featuring on TV3's The Restaurant and also on Celebrity Operation Transformation, broke the news on his own social media platforms earlier today.

After almost 10 incredible years I'll be hanging up the apron in Viewmount House in early January for the last time. Thanks to every friend, customer and food critic for your kindness and support throughout & to James & Beryl for being legendary bosses xx pic.twitter.com/ZEH7ydCnhx

"After almost 10 incredible years on the stoves in Viewmount House I'll be hanging up the apron shortly after Xmas. To every customer, food critic and friend that has contributed to our incredible success, thank you.

"They've honestly been the best cooking years of my life.

"Beryl & James (Kearney) gave me an incredible property to rock & roll in and I'd like to think I did it justice.

"To the people of Longford, a massive thanks. Salt of the earth and proud to call Longford home. Hopefully I get to say goodbye to a lot of you in person should you make it in before January."

Gary will no doubt will be sorely missed by Viewmount House and the past month, indeed, has been a fantastic for Viewmount House, as it received two very prestigious awards - the Georgina Campbell 'Hospitality Hero Award' and it was also named 'Irish Hotel of the Year' at the 2018 Good Hotel Guide César Awards which took place in London on October 9 last.

Well shocked to read of @gazzachef departure from Viewmount House today but wish this man well - great guy - has been a great ambassador for @longford tourism -will be sorely missed https://t.co/DQuKyXf1ux

Best of luck wherever you are going big loss to Longford!

Best of luck Gary was a really pleasure to cook with you your a great guy and taltented chef keep up the great work top man !!

Gary fantastic restaurant and menu it was brilliant having Donegal success in Longford good luck in the future what ever you do.

Sorry to hear that @gazzachef. A big loss for Longford and Viewmount. Best wishes. https://t.co/U8fNfg7sSw