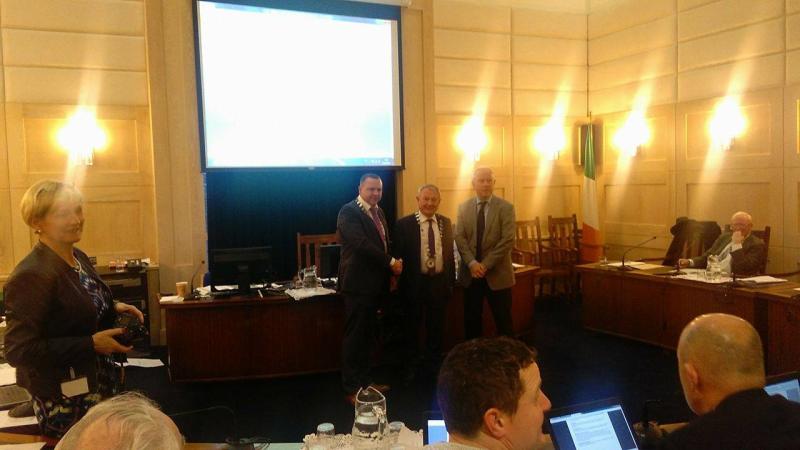 Fianna Fáíl's Seamus Butler has been installed as the new Leas Cathaoirleach of Longford County Council.

His elevation to the position came on foot of a nomination by Cllr Luie McEntire.

He made reference to Cllr Butler's near decade long association with Longford County Council and his all round proficiency as a local representative.

"He (Cllr Butler) is a very successful businessman, a big employer and he is also involved in almost every voluntary organisation in this town and county," said Cllr McEntire.

In a somewhat sarcastic attempt to rouse those sitting in across the chamber, he said given that Fine Gael was the largest party in the Council it was incumbent on them to nominate an alternative candidate.

Cllr Peggy Nolan supported that viewpoint as she highlighted the Kenagh man's polished style and ability as a young local politician of considerable repute.

But as was alluded to by Cathaoirleach Cllr Martin Mulleady, politics regularly boils down to numbers, something which fell on the side of Cllr Butler and the Fianna Fáil/Independent side of the chamber.