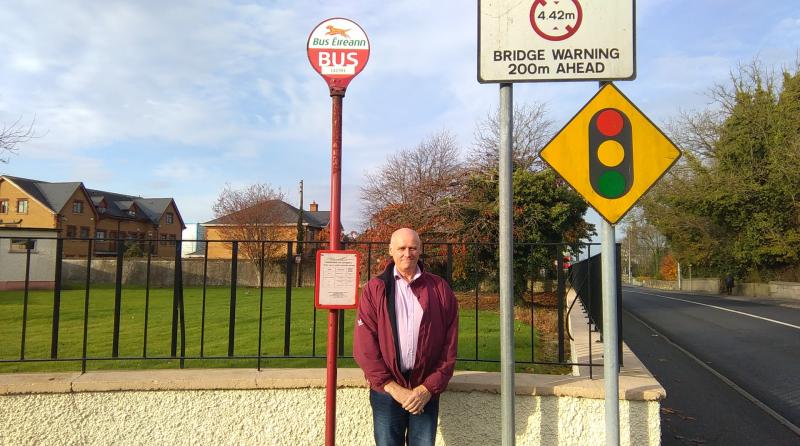 A Donegal man claims he was forced to forego a day’s pay after his attempts to return home on a bus from Longford last week resulted in him being left stranded in Athlone.

Frank Gibbons says the episode meant he had to return to Longford for a second night when he should otherwise have been preparing to return to work following the Halloween Bank Holiday weekend.

Frank spoke out on the day 155,000 passengers were affected by the first in a projected five 24 hour work stoppages by Irish Rail.

“I was supposed to go home to Letterkenny and as usual I went down to the bus depot and went into the main at the office and was told the bus would be leaving at around 1:20 or 1:30pm and I said ‘That’s fine’.

“The bus arrived at 1:27pm and a crowd was standing there. I said is this the Sligo-Letterkenny bus. He said yes ‘this (bus) will get you there. A few minutes out the road I said ‘Jesus where is this man going?’ Is this not the road to Sligo?

Frank said after the bus came to a halt in Athlone, he was effectively marooned with no means of getting home to Letterkenny.

“My bank card wasn’t working, I couldn’t get money, I had nothing. I hadn’t even a penny,” he stoically put it.

In the end, Frank insists he was left with no alternative but to return to Longford after a friend came to his aid.

The Donegal man admitted to being totally unaware of the Irish Rail strike when speaking to the Leader on his second attempt to return home last Wednesday.

“We arrived down this morning and we saw all these people standing outside the bus depot,” he said.

All the Ulsterman was focusing his mind on as he waited patiently along Longford’s Dublin Road last week was ensuring a safe and successful passage home, albeit 24 hours later.

In a statement, Bus Éireann insisted they did not possess any details surrounding the identity of Mr Gibbons and the claims made by him.

All coaches in service would have their destination, and service number, displayed on the electronic sign at the front of the vehicle.

“It is the responsibility of the customer to ensure they are on the correct service, as per the terms and conditions of carriage,” said a spokesperson.