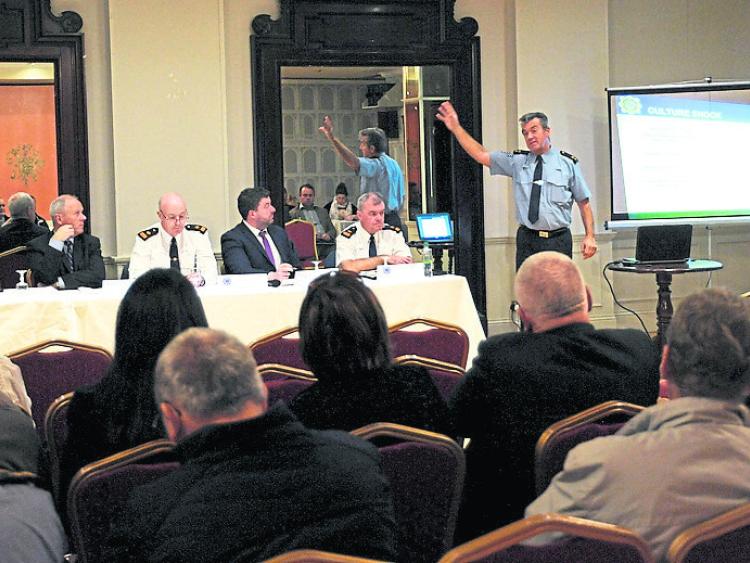 Half of Longford's population will be of a mixed race by 2050, a public meeting has been told.

Members of the public were informed of the way gardai and various state agencies were already planning to adapt to that changing demographic last week.

At a publically convened meeting of Longford's Joint Policing Committee (JPC), onlookers were told of how empathy, respect and education were helping to drive that change.

Sgt David McInerney, from the Gardai's Racial, Intercultural and Diversity Office said lessons had already been learned from legacy issues brought about by ill advised segregation policies that still faced the likes of Britain and France.

"People came in from countries that were colonised but nobody asked them what sort of police service they wanted," he said.

There were presentations too from agencies that work with Longford's Traveller community and from FAI coaches involved in promoting greater integration at community level through sport.

One of the more intriguing insights came courtesy of Edgeworthstown based businessman Mahool Ahmed.

He revealed how despite moving to Ireland almost a decade ago and despite experiencing three separate car thefts, he now considered himself to be very much part of the wider Longford community.

'We (Muslims) follow the teachings of Islam which both starts and ends with peace," he said.
Mr Ahmed said the rationale behind his decision to move to Longford came after a friend was looking to expand his own business operation.

John O'Brien, an employee from Longford Community Resources Ltd, who works closely with the Traveller community, alluded to how education can play a key role in reducing many of the social stigmas that are still associated Ireland's largest indigenous ethnic minority.

The comments, made by Cllr Micheal Carrigy, were roundly rejected by the Longford Garda chief.

“My experience would be that that is not the case,” he replied.

Supt Delaney also moved to defend his own officers role in keeping anti-social behaviour to a minimum throughout the course of Halloween.

Those assurances came after Cllr John Browne alleged illegal activity, mostly through the instigation of haphazard bonfires had occurred in the greater Ardnacassa area of town.

'We must learn from Britain's mistakes', Longford policing meeting on diversity is told