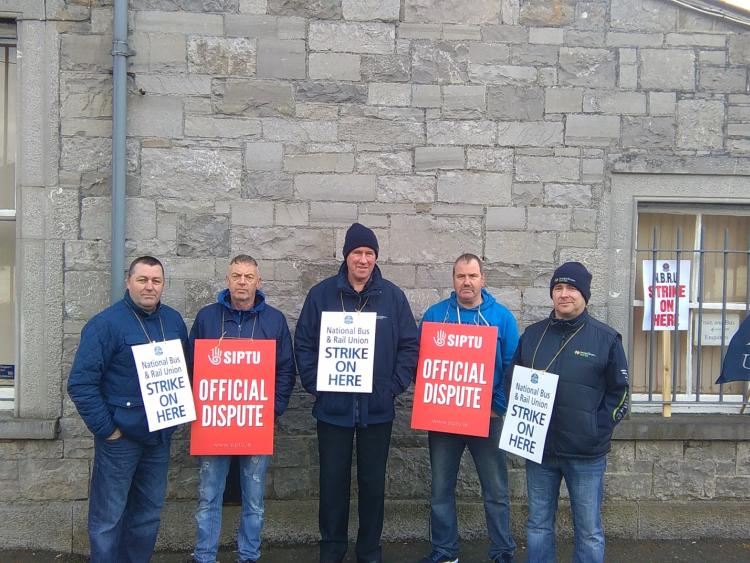 Striking Iarnród Éireann staff in Longford have hinted that further stoppages in addition to the first of five 24-hour nationwide rail strikes could be in the offing in a row over pay.

Staff on the picket line outside Longford Train Station say they are prepared to up the ante against the State-owned rail operator unless their demands for a 3.75 per cent pay rise are met.

"They owe us 6.5 per cent at the minute but there is no talk about that and they want to introduce productivity on top of nothing," said a spokesperson earlier today.

Irish Rail workers are seeking the near four per cent a year pay rise over three years to match recent wage increases secured by Luas and Dublin Bus workers.

Iarnród Éireann, meanwhile, says it has amassed losses of nearly €160m, meaning agreeing to those demands would effectively consign the company to "trading recklessly”.

It argued that conceding the unions’ claim would cost an extra €43m over three years and push it into insolvency.

Despite those warnings and empathy being expressed to the estimated 155,000 passengers who were expected to be impacted by today's action, rail staff contend little alternatives have been left open to them.

Asked if further protests were likely, the spokesperson said staff were very much united, vowing to return to the picket lines for "as long as it takes".

He said: "We apologise to them (passengers) of course but this is what we have to do to get a pay rise.

Another worker, holding a placard aloft underlined those sentiments.

"The fact of the matter is it’s (Iarnród Éireann) a public service."

"If the Government of the day want a public service, they have to pay for that service," he said.