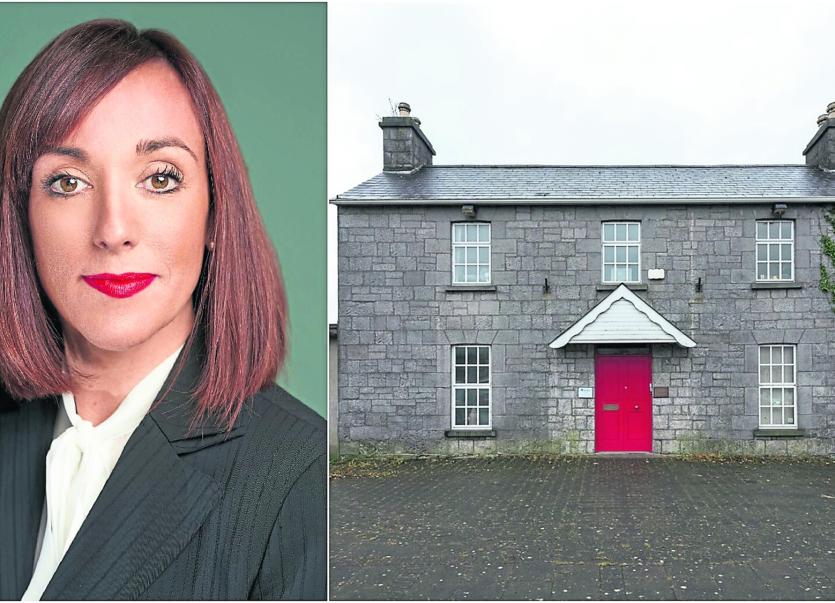 New President of Longford Chamber of Commerce & Industry, Niamh Donlon has said the planned sale of the Chamber HQ (right) represents the only way forward for the Chamber.

Newly installed President of Longford Chamber of Commerce & Industry, Niamh Donlon has said that the planned sale of the Chamber headquarters on the Market Square is regrettable, but represents the only way forward for the Chamber.

The old Harbour House is a listed building and a focal point in the heart of the town. It was purchased as a HQ by the Chamber over twenty years ago.

At the Chamber’s recent AGM, members unanimously passed a motion from the directors of the property to sell the building.

Speaking after the AGM, Ms Donlon said that the Chamber wasn’t equipped to operate as landlords and the constant pressure of maintaining and financing the property had put an inordinate strain on the Chamber and impacted on its ability to effectively promote the interests of its members.

She told the Leader: “First and foremost the Chamber is about promoting and encouraging business in the county town. The efforts that were required to service the loan on the property and maintain it to the required level, were simply detracting from the Chamber’s primary objective.”

The Chamber plan to ringfence the proceeds from the sale and return to the membership with a view to seeing how this money could be targeted in the best interests of the town.

Ms Donlon said one of the options could be to invest it in the proposed hub at the old Providers building.

She told the Leader: “At this early stage there is no set plan and every option and suggestion will be looked at. The decision to sell has been made and it was a very hard and emotional decision. It wasn’t arrived at easily but it is certainly in the best interest of the Chamber and its members.”

Ms Donlon took over as President from Derek Scanlon, the recently appointed CEO at St Christopher’s, who announced his decision to step down at the AGM. The incoming Vice President is Fiona Fenelon.

At the AGM, Ms Donlon paid tribute to Derek Scanlon and also singled out the work and dedication of the treasurer, Peter Dolan, who also stood down after four years on the Chamber Council.

A bank manager with Ulster Bank, Ms Donlon said the absolute focus for Chamber now has to be on promoting the town, assisting businesses and attracting investors and shoppers to the town.

She said: “We need to roll out our ‘Black Friday’ initiative and we want to build on the successes of the past two years.”