Longford and rural Ireland is getting a raw deal on security

Gardaí from Granard called to deal with an incident in Tarmonbarry 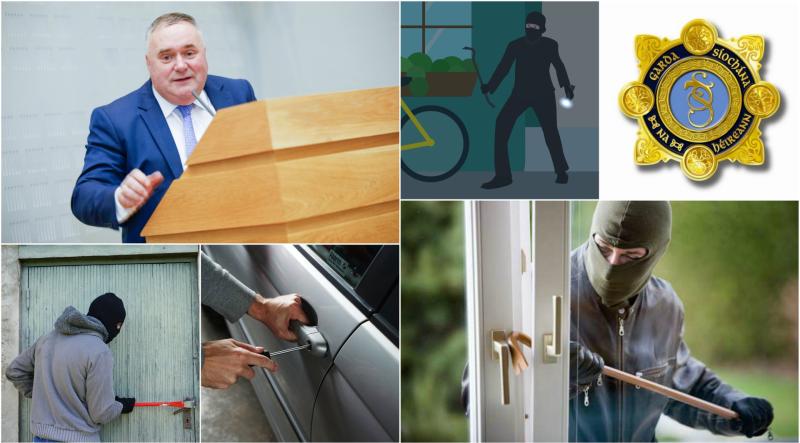 Deputy Eugene Murphy, whose constituency office was targeted by thieves in recent weeks, believes Longford and rural Ireland is getting a raw deal on security

Following a recent spate of burglaries and thefts across counties Longford and Roscommon, Deputy Eugene Murphy said that rural Ireland is getting a raw deal on security.

He also revealed how Gardaí from Granard in county Longford dealt with an incident in Tarmonbarry county Roscommon.

Deputy Murphy's constituency office was also targeted by thieves in recent weeks and the Fianna Fáil TD for Roscommon/Galway expressed the view that Tarmonbarry has been left in Garda limbo land.

Deputy Murphy stated, “There has been an alarming number of incidents in the past week with staff at a filling station in Ballinlough in West Roscommon robbed at knifepoint which was the third robbery for that particular business while a pub in my own native area of Tarmonbarry was also targeted with the theft of a number of kegs this week which is the third robbery in the past twelve months.

"Tarmonbarry has been left in Garda limbo land as years ago it was served by Longford town however Garda divisions were realigned and Tarmonbarry must now be served from County Roscommon – Boyle station has been downgraded with reduced services so now Tarmonbarry is served by Castlerea but I understand that in the recent incidents in the village, Gardai had to come from Granard in County Longford to Tarmonbarry which simply beggars belief. I have repeatedly made the call for the Garda station in Tarmonbarry to be re-opened."

Deputy Murphy also highlighted the fact that thieves entered a shop in Longford Town last week armed with a hammer.

“I am keenly aware of the spiralling incidents of rural crime as this week even my own constituency office in Strokestown was a target when thieves stole a mobile phone belonging to one of my staff members. Thankfully the thieves were apprehended and appeared at Longford District Court this week."

You may also be interested in reading: Longford shop worker 'terrorised' during raid

He said the programme for Government deals with crime prevention, justice and equality, adding "Reference is made to security of the public, ensuring a strong and visible police force in every community, investing in CCTV cameras in key locations, building on the success of rural and community schemes and tackling criminal gangs but we are seeing little evidence of this. Rural Ireland is getting a raw deal on security and people are upset. When are we going to have real security in rural Ireland? People are scared and we need to address this urgently."

Deputy Murphy said that it was very difficult for communities to work with Gardai when many of these communities had been raided of Garda resources.

“Garda resources across the Galway/Roscommon have been raided under Fine Gael and Labour. The number of officers on the ground has fallen by almost 10% since 2010, from 237 to 215,” said Deputy Murphy.

You may also be interested in reading:  Gardaí investigating after cash is stolen during Ballymahon robbery

Deputy Murphy pointed out that only five new Gardai had been assigned to the Longford/Roscommon Garda division to date and he highlighted the number of stations across County Roscommon which had closed in recent years including Cootehall, Tarmonbarry, Ballintubber, Loughglynn, Ballyforan and Knockcroghery. He also pointed out that towns such as Elphin, Tulsk and Athleague had also witnessed a loss of Gardai.

He said that rural communities have been hit time and time again.  “Fear levels have increased, particularly in areas which have seen Garda numbers drop- A strong Garda presence is an extremely important tool in the fight against crime,” concluded Deputy Murphy.

You may also be interested in reading:  Gardaí investigate spate of burglaries in Longford