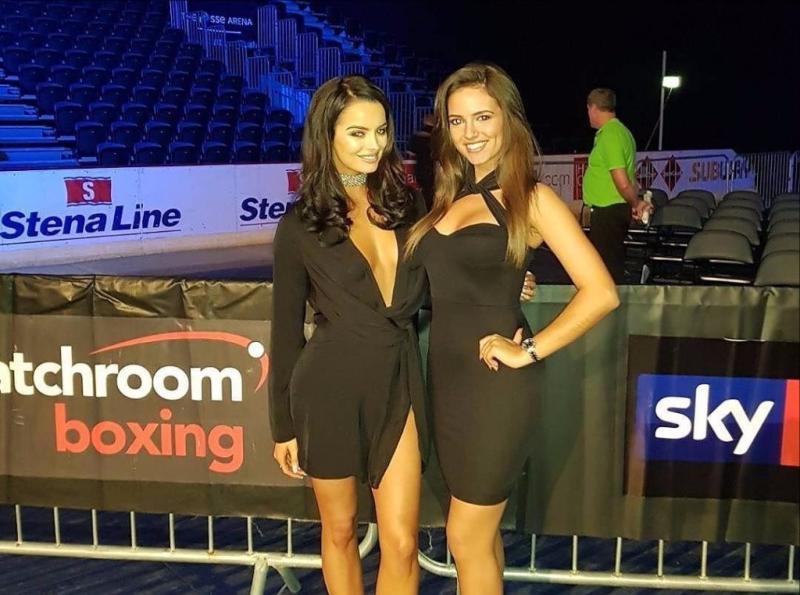 Ballymahon professional model Maura Higgins is sure to set pulses racing as she shares the ring with boxing heavyweights Anthony Joshua and Carlos Takam before 70,000 fans at Cardiff's Principality Stadium tonight and a worldwide Sky Sports box office TV audience.

Maura, along with Sophie Danvers, Laura Stanford and Jennifer Mcsween, are the four ring girls on duty for the eagerly battle where British favourite Joshua will put his world heavyweight title on the line.

The big night of boxing also features Ireland’s Katie Taylor who takes on Anahi Esther Sanchez on the undercard.

Argentine champion Sanchez was forced to vacate her WBA title belt as she twice failed to make the 9st 9lb weight limit, yet Taylor will still be crowned as a world champion if she beats her rival.

In an interview with the UK Daily Star, Maura Higgins revealed how she became a ring girl.

“I have always enjoyed watching boxing and then I got in contact with the amazing Sara Beverley. This year and I was chosen to be a ring girl for the (Ryan) Burnett fight in Ireland.”

Maura says Katie Taylor is her favourite boxer ‘because she does my country very proud’.

This is only her second week as a ring girl and Maura is looking forward to holding up the round cards while Joshua and Takam take a break in their respective corners tonight. “I have a feeling it will be a major highlight of my career and for years to come.”

In 2011, as a twenty-year-old, Maura competed in the ‘Babe of the Year’ contest - which was run in conjunction with the RDS Motor Bike Show.

Speaking to the Longford Leader about that contest, Maura revealed, “It was a brilliant experience. I saw an advert in the Daily Star and just decided to enter the competition."