Still picking up the pieces after Storm Ophelia 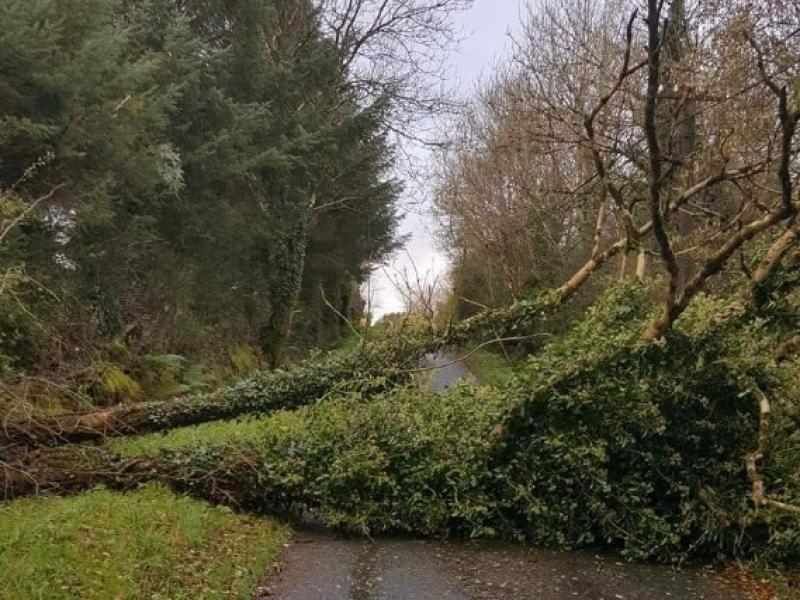 Storm Ophelia wreaked havoc across the country, causing damage to sheds, houses, roads and trees all over Ireland.

Update after update came in from the county council on Monday afternoon, October 16, as more and more trees fell, blocking more and more roads around Longford.

Storm Ophelia wreaked havoc across the country, causing damage to sheds, houses, roads and trees all over Ireland.
And, while Longford wasn't quite as badly battered as the likes of Kerry and other coastal counties, there are still a number of landowners who have been cleaning up after the storm.
One such Longford man is Michael Keegan from Ardagh. Michael has many beautiful trees on his land but, following the tumult of Storm Ophelia, he's feeling the loss of two particular trees that stood on his land “for hundreds of years”.
Michael spoke to the Longford Leader last week about the loss of a beautiful Oak and also a Beech tree that were both taken down by Ophelia just over a week earlier.
The roots of the two trees, Michael explained, shared the same soil, so when one was weakened and battered by the storm, so was the other.
And, similarly, when one fell over, it took the other down with it, meaning both trees fell victim to the biggest storm to batter Ireland since the 60s.
“It's very sad to see them down, but if it's God's will to take them down then there's nothing we can do about it,” Mr Keegan told the Longford Leader last week.
It will now be up to Michael to remove the trees when he's ready, but he was happy to allow the Longford Leader to take a few photos to “immortalise them” before they're removed.