Longford Leader columnist Mattie Fox: Many Americans supporting the Indians in their just cause 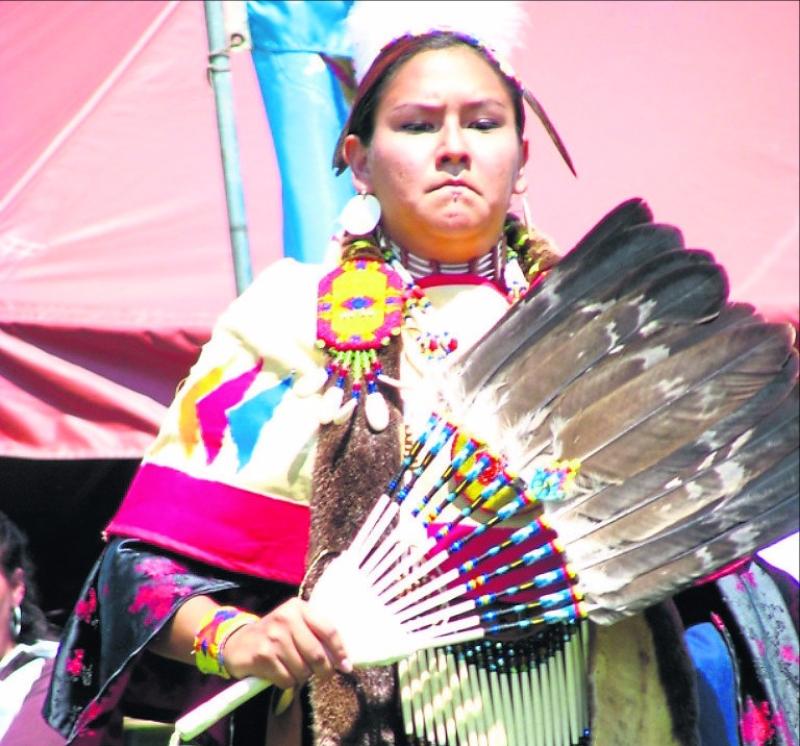 Mohican Indian Lady dressed for a ritual, with tent in the background.

Throughout my childhood, I was very taken by films depicting cowboys & Indians, and formed the definite impression that the Indians were savages, brutal in their attacks, and that the only ones who had anything to offer real society was the white man.

That was before the stage when I became well versed in propaganda, and the latent power of television.

Most of all, it was before I had much interest in real politics.

Looking back on it now, I can see the terrible manipulation of the then compliant media, who didn’t, it seems, know any better. If they did (know better that is) then they have the blood of uncounted Indians on their hands.

No wonder TV stations throughout the developed world get such respect from politicians. In some cases, it’s quite alarming, the degree to which politicians will seek to manipulate the media.

Look at Leo Varadkar.....
Back to America.

The British, who were then the leaders in the field of “land acquisition” then the most powerful empire in the entire world - and colonising it, were known in the international community as a country who would never give up until they had colonised everywhere possible.

But the battle for America took some time.

It took four imperial wars in North America, primarily between Britain and France, which ended in the bloody seven years war, between the French and Indian War (Seven Years' War), lasting from 1754 to 1763, ended with British victory and acquisition of Spanish Florida, French Canada, and all French territory east of the Mississippi River.

At the time, the great British Empire had acquired much of the world’s regions, and seemed to have bottomless pockets. Money, armies, slaves, all were put to work seeking more of the world to take over.

To outline the entire process, the elongated battles, the settlements and suddenly an eruption again until the British were in total control, would take many pages, and is quite complex.

In any case, the populations that was literally wiped out, was the Indians. Nowhere was safe as the white man forced through railways, new express routes (horse drawn....,Wells Fargo being one ....), and the setting up of towns in various outposts throughout America.

Eventually the British had to relinquish control, but not before another war. America finally declared The United States of Independence in a statement adopted by the Second Continental Congress on July 4, 1776, announcing that the Thirteen Colonies then at war with Great Britain were no longer a part of the British Empire.

The Indians were collateral damage and when all was done, they’d been reduced to a forlorn collection, some appeased by the promise of “reservations”. I’ve been to many of those reservations, where all the staff are Indians with a few whites amongst them.

Most reservations have a massive Casino, one of them being Mohegan Sun, in Connecticut. The Irish Tenors played many sold out shows there, attended by an audience of around 4,500, consistently.
These reservations were a virtual breeding ground for cocaine and other drug abuse, given the fact that the 'reservation' is not subject to US law!

America is laden with many asset rich properties, one in Virginia where tobacco is the great wealth. Oil is another. Many people don’t know that the battle to take over more land, from the Indians, still goes on.

Currently there is a pipeline being laid against Indian wishes, from Illinois, up through Iowa, South Dakota, and on into Northern Dakota.

Standing Rock is the sixth-largest Native American Indian Reservation in the US, and comprises 3,572 square miles, taking in large areas of North and South Dakota.

They surrounded the Indians (sounds familiar) and attempted to starve them into submission. The impasse still continues. The length of pipeline is over 900 miles. Laying that in the most efficient (cheapest) way the whities are riding roughshod over Indians rights, once again. Trying.

They propose laying the pipe through sacred Indian ground, disturbing water reservoirs.
Many concerned Americans are supporting the Indians in their just cause.

The white man is not to be trusted in this context.