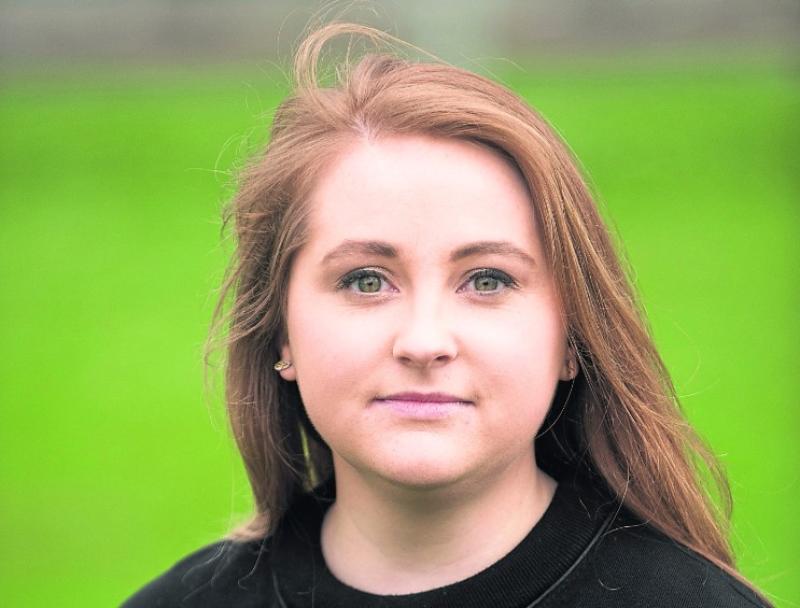 Síona Cahill, was the recipient of a prestigious national GALA award last weekend in recognition of her work with young LGBTI+ people.

Longford woman and LGBTI+ activist, Síona Cahill, was the recipient of a prestigious national GALA award last weekend in recognition of her work with young LGBTI+ people.

he GALA ceremony took place on Saturday night last and Síona received the award for the Student Leadership category, thanks to her work with the LGBTI+ Youth Strategy and her role as National VP for Equality & Citizenship with the Union of Students in Ireland (USI).
“It was mad,” Síona told the Longford Leader when asked how she felt about receiving the award.
“I'm delighted but it was so surreal. I have so much respect for the other organisations nominated in my category.
“It was incredible to win the award and I was so humbled.”
Of course, what made it so special for Síona was having both of her parents - Mick and Carol - in attendance, as well as her grandmother, Agnes McKenna.
“I very much went from zero to 60km per hour when it came to LGBT issues,” Síona explained.
“I didn't come out until I was 20 and I think my parents were so worried about my future.
“I think the language involved in LGBTI+ issues is very scary for parents when really there's nothing to fear.
“Parents can often be afraid your life is going to be more difficult.
“But my parents have really grown to understand it and that's why I think it's really important to talk about it; the more people that see there are LGBTI+ people across different aspects of life, the better.”
And, despite being a couple of generations apart, Granny Agnes was also very supportive of Síona when she came out - not to mention bursting with pride when she won the award.
“Granny Agnes was one of the first people I told (when I came out),” Síona explained.
“And she told me that I was loved no matter what. It was around the time that the Rose of Tralee came out,” she added, referring to the 2014 Rose of Tralee, Maria Walsh.
Síona would like to urge any young LGBTI+ people who are in need of support to visit www.belongto.org.