Longford-based author releases children's book, 'Cara the dog and the art of friendship' 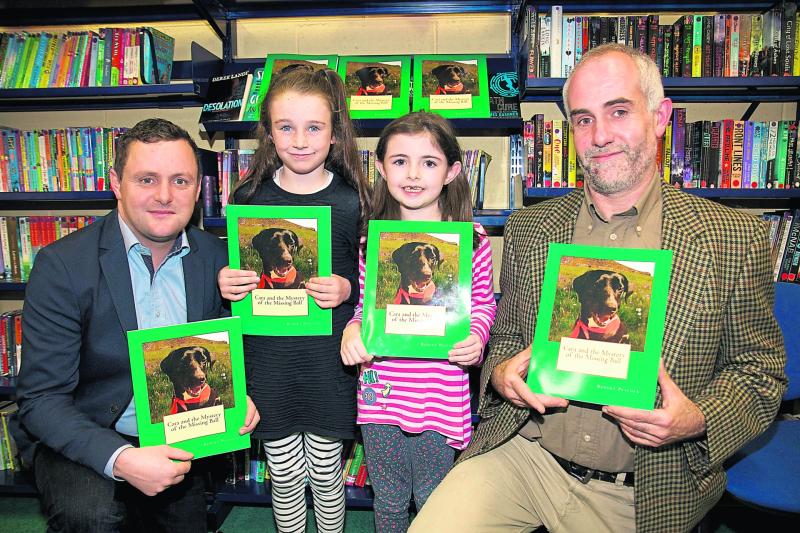 A new book aimed at five to seven-year-olds has just been published by a Longford man.

Rob Peacock, originally from London but now resident in Newtowncashel, has put pen to paper and written a wonderful book entitled ‘Cara and the Mystery of the Missing Ball’.

Written and illustrated by Peacock, the story centres around Cara the dog who goes on an adventure around Ireland in search of her missing tennis ball.

Throughout her journey, she visits many exciting places and meets lots of other charming animals along the way.
When she inevitably returns home, the first thing Cara spots is her missing tennis ball!

“The book is really about friendship, helping each other and about sharing,” Rob, who is a member of the Lanesboro Writer’s Group and Newtowncashel’s Drama Group told the Leader.

The self-confessed Londoner who has “lots of Irish heritage” in him too is also a poet.

“I have written and illustrated the book myself and it has been a very enjoyable journey for me,” he added.

Meanwhile, the poet’s inspiration for ‘Cara and the Mystery of the Missing Ball’ came from his own travels around Ireland with his beloved dog.

“I have travelled around Ireland with my own dog and took lots of photos along the way,” he smiled, before pointing out that he found his pet to be “very curious” as the adventure wore on.

“It was really all of that that brought the book into my mind.”

The book was officially launched on Monday night at Lanesboro Library and has received a lot of praise since it was first published on Amazon a few weeks ago.

The publication is also in conjunction with Children’s Book month which runs from October 31.

‘Cara and the Mystery of the Missing Ball’ is currently available to buy on Amazon and will also be available in local shops in a few weeks time.

Meanwhile, Rob has reliably informed the Longford Leader that he has 40 copies in his possession for sale also.