Vacant seat and Leas Cathaoirleach position to be filled 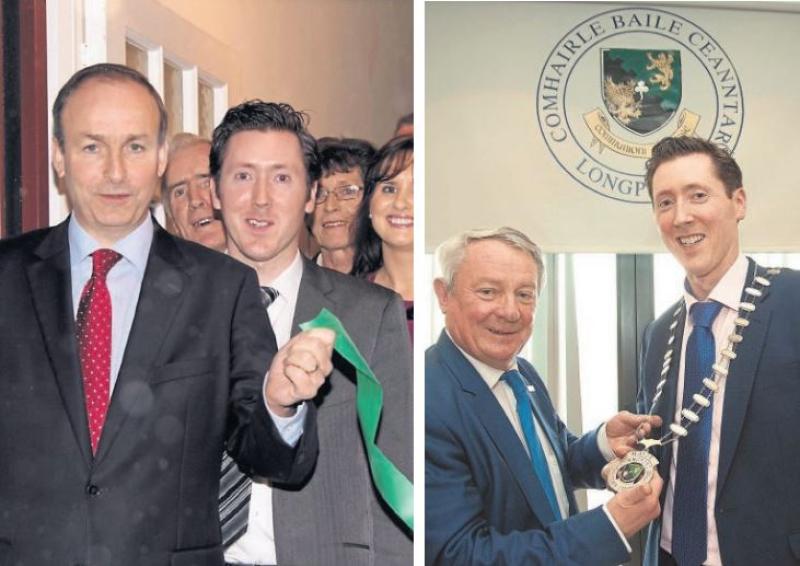 While there has been across the county over the past few days following the unexpected resignation of former Cllr Padraig Loughrey, the local leader of Fianna Fáil, Cllr Seamus Butler said he was not surprised by the decision.

Cllr Butler said that former Leas Cathaoirleach, Mr Loughrey spoke to him in confidence about his impending resignation and he “knew it was coming”.

“This is not cloak and dagger stuff at all,” added the local area representative in Longford town.

“It is a personal and business decision that Padraig has taken and he is a young man who has lots of time to consider his options.”

Cllr Butler also alluded to the increased workload that now faces local area representatives and the burden that brings with it.

“There are no town councillors anymore and for councillors now their role is like a full-time job,” he continued, before pointing out that Cllr Loughrey is the second local area representative in the Longford/Westmeath Constituency to resign in recent months.

Cllr Avril Whitney (FF) also resigned from her position on Westmeath Co Council back in May.

Meanwhile, a seat is now vacant on Longford’s Municipal District.

“In relation to the seat, that will be replaced by co-opting another Fianna Fáil candidate - who that will be we do not know yet.”

All Fianna Fáil members in the Longford Municipal District are expected to hold a selection convention in respect of this, Cllr Butler warned it could be December before a candidate is secured.

“We will invite nominations; this is open to any Fianna Fáil member to put themselves forward,” he added.

“A number of names have been mentioned so far, but I would anticipate that it will be December before this is finalised.”

Cllr Butler then thanked Cllr Loughrey for his service and dedication to the Fianna Fáil party and his constituents over the Killoe native’s eight and a half years in local government.

“Padraig was first elected in 2009 and has served both the party and his constituents with distinction,” he added.

“He is a young man who has lots of time to consider his options; he has plenty of options and will still remain in the party.”