Food for Thought: Longford's Celebrity chef Gary O'Hanlon reflects on his rise to the top

“I've lost almost a stone and a half; I'm back on the fitness wagon. And I've loved every second of it!” 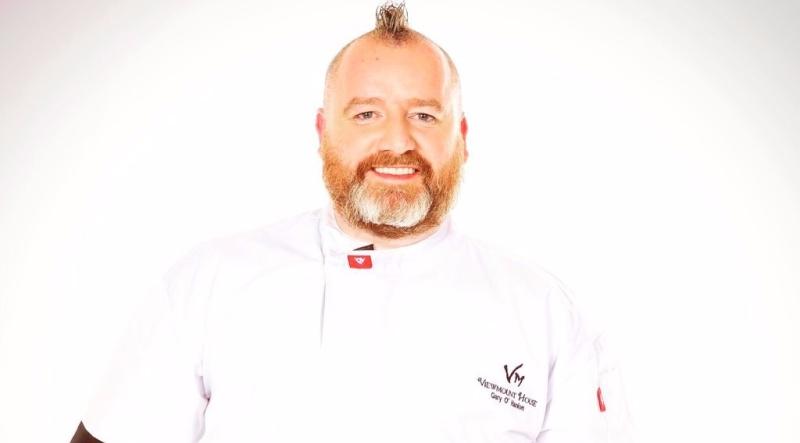 Gary O’Hanlon, a well-known chef working in Viewmount House in Longford town, is enjoying the lull in activity after the final weigh-in for Celebrity Operation Transformation.

Although his career as a chef does not allow for much down time, with TV appearances, demonstrations, not to mention his role as Ambassador for the ‘Taste of the Lakelands Food Festival’, this slight break in his schedule is well-needed.

Speaking to the Longford Leader recently, Gary talked about the experience he had on Celebrity Operation Transformation: “It has been brilliant,” he explained.

“I’ve lost almost a stone and a half. I’m back on the fitness wagon and getting fit, losing the weight, having a lot more energy and having a far better mindset and focus is going to benefit me and work in the long run. It’s been a great experience, I’ve loved every second of it.”

When asked how he came to realise he wanted to be a chef, Gary explained: “I realised very early on in life; I was around ten or eleven.”

He continued this train of thought by explaining his experience cooking at home as a young person with his parents and his aunt’s mother-in-law, who was an incredible baker: “I used to go into the kitchen and put all of her cook books on the floor and watch her make scones and bread.”

But with a successful career such as Gary’s there are bound to be some difficulties too: “It’s tough,” he admitted.

“A lot of people see me on TV all the time, writing for the Irish Times or working in the restaurant, but it has been hard.

“We opened Viewmount House almost 10 years ago and people told me I was crazy to move down to Longford, but it has given me a life of rock and roll.”

And with young people becoming increasingly interested in a potential cooking career, Gary was quick to give a few tips.
“Work with the best chefs in the business. Don’t settle for second best,” he advised.

“Only work with the best chefs that are innovative. Push yourself: if it’s easy it’s no good.

“Don’t be afraid of hard work and when you’ve gained some experience, get into a good kitchen. Go abroad and then come back and share what you’ve learned with the next generation.”

Aside from his work at Viewmount House, Gary has made regular appearances on shows, such as The Six O’Clock Show or MasterChef and it begged the question: did he ever think he’d become as successful as he is today?

“I never had any doubt that I’d become successful,” he said, adding that he would constantly try to better himself so that he could stay on top.

“I just want the best for Viewmount House and for myself.”

Gary O’Hanlon has had a very exciting career to date. With his new found zest for life, his strong work ethic and ambition, Gary will continue to grow as a chef and as a valued member of the Longford community.

His future is bright.