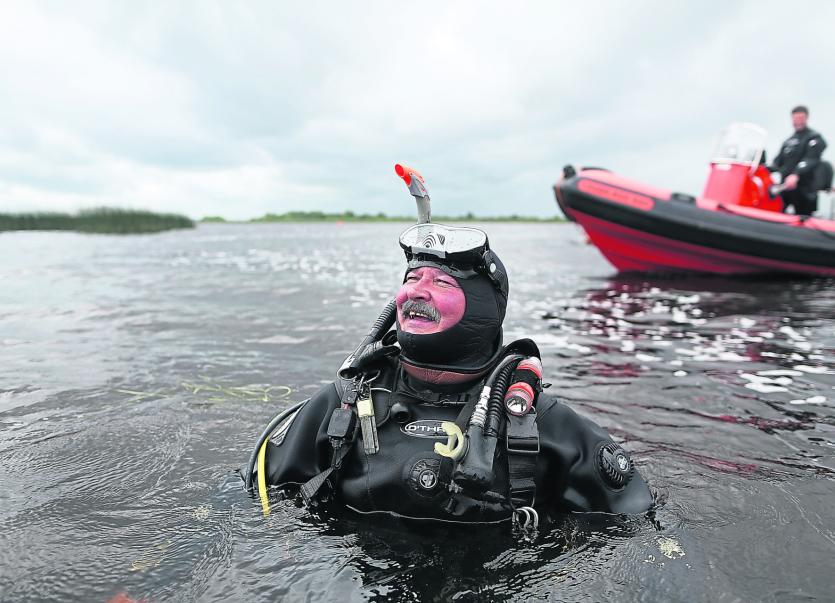 The grant allowed them to purchase a set of 13 Dry Suits, a vital component in their kit, enabling them to withstand colder temperatures and remain in the water longer.

Thousands of individuals, clubs and organisations across the country have benefited from some of the €5bn raised by the National Lottery for Good Causes in the last 30 years.

An Taoiseach, Leo Varadkar TD, announced the landmark €5bn Good Cause figure at a special Lotto draw to mark the National Lottery’s 30th birthday in RTE.

The Lough Ree Sub Aqua Club has experienced more than its share of tragedy since it was founded in 1983, following the drowning of a local man in a boating tragedy.

Its divers, who hail from several of the surrounding counties, have been involved in hundreds of missions, not just in the midlands, but across the country.

Club members were among a team of over 160 divers who worked in parallel with Naval Service and Garda water unit divers in the largest underwater search in the history of the state following the Rescue 116 crash in Mayo last March.

Club Chairman, Michael Farrell, who first became involved 12 years ago, points out that they must be ready for a call-out at any time.

He said: “When you come back to the clubhouse from a mission, you get the equipment ready to go again, regardless of the time of day or night. It has to be that way.”

Equipment is expensive, running costs are high and Michael says that without the fundraising support of the local community, it would be impossible to survive.

The €10,000 National Lottery Good Causes grant enabled them to purchase a set of 13 Dry Suits.

“Up until then, everyone has their own personal Dry Suit, and the wear and tear on them is huge.

“It is fantastic now to have the set there at the clubhouse for use by the unit,” he said.

“What helps the morale of clubs like this is knowing the support they give families in their greatest hour of need.”