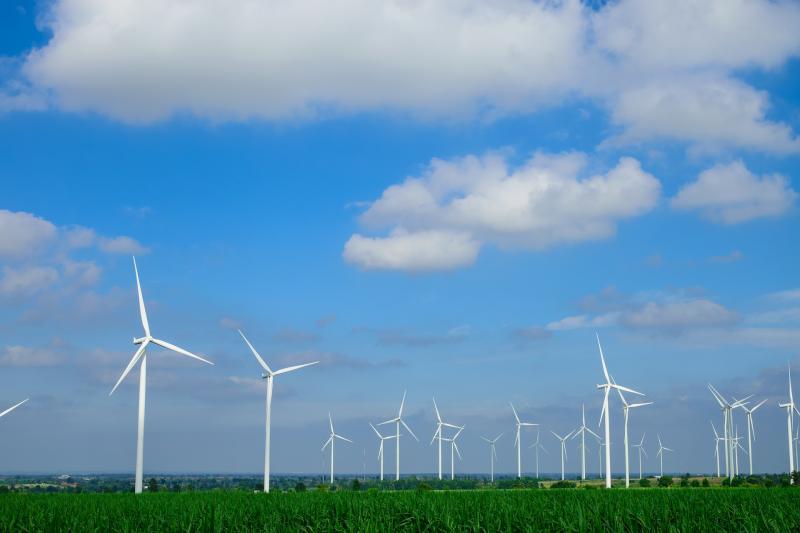 Environment Minister Eoghan Murphy and Longford County Council are on a major collision course over its attempts to extend the distance in which turbines can be built from residential homes.

The local authority unanimously approved a move back in May to ensure any future turbines erected in the county must be at least ten times the tip height from residential homes.

However, in a circular which was read out at last night's monthly meeting, Mr Murphy has told councils not to change their county development plan until further clarity is given on new wind energy guidelines.

Details of the Dublin Bay South TD's intervention was met with much derision from elected members.

"We are stalling our Co Development Plan on a whim," said a plainly irritated Cllr Mark Casey.

The Lanesboro based councillor, who proposed the original submission to insert the extended wind turbine distances from homes, hit out at the timing of the letter.

"This is an ill thought out document and it will never go through the Dáil," he told a hushed council chamber.

Cllr Gerry Warnock was quick to endorse those calls, saying the move was an attempt to stymie the influence of locally elected politicians.

"Back a number of months ago, we (councillors) made a reserved decision to make sure all wind turbines would be at least ten times the distance from a house," he said.

"It is our democratic right as elected councillors and the very foundation of local democracy and it's on that basis that I believe we should proceed."

The latter did nonetheless raise the prospect of seeking independent legal advice on the issue, suggestions which drew a hostile response from Cllr Casey.

"You're muddying the waters Micheal, that's what you are doing," shouted Cllr Casey.

In response, Cllr Carrigy insisted he was not attempting "to hedge" the affair by saying the Council needed to ensure its legal standing was above board.

"We (Fine Gael) are standing by what we decided," he said.

"But we are going down a road where I don't even know where we are going and I feel I need to get legal advice as a member of Longford County Council."

In light of the comments, Longford County Council chief executive Paddy Mahon said given the circumstances he and his executive now faced, his only option was to obtain legal advice on the matter.

"We (executive) are faced with two separate directions," he told councillors.

On foot of the outcome of that advice, a special meeting to discuss its ramifications has been pencilled in over the next two weeks.