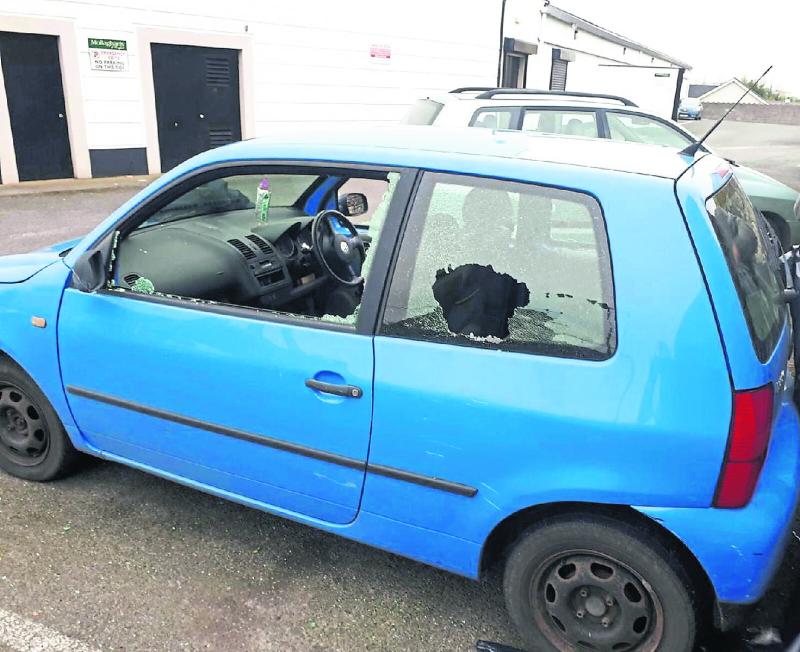 Outrage has been expressed after a young Longford student returned home from studying in Dublin last week to find her car destroyed by vandals.

Both windows of a blue hatchback car parked at within walking distance of Longford Train Station were damaged in the incident which took place last Thursday.

It's understood the owner of the car had parked her blue coloured VW Lupo before setting off for college in Dublin.

When she returned later that day, it was discovered vandals had smashed both the front and rear passenger side windows of her car.

That inquiry came after the alarm was raised by an employee of the long established furniture store.

“We would be asking anyone who may have noticed anything suspicious in the area between 9:3oam and 10:30am last Thursday (October 12) to contact us,” said a spokesperson.

In the advent of that appeal, condemnation aimed at those responsible has been in ready supply.
“At the end of the day, this was a poor girl who was going to college,” said an irate Cllr John Browne.

“It's pure wanton vandalism, sure you couldn't call it anything else.”