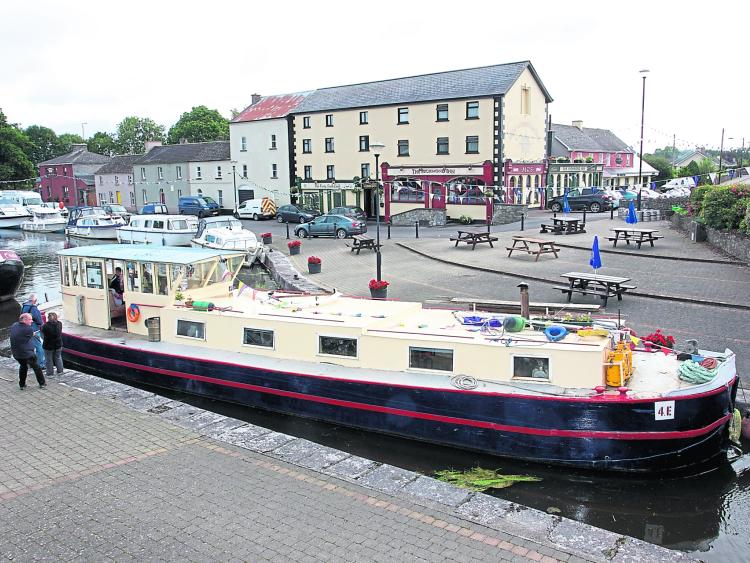 Clondra Harbour, one of popular port of call for boating enthusiasts and tourists to the county

Longford's “mickey mouse” allocation of €2,000 from an overall €3.7m national pot to promote festivals and events across the county is threatening to undermine its tourism renaissance.

Councillors were quick to round on Fáilte Ireland after the Leader revealed last week how the state's national tourist development authority announced it was ring-fencing €2,000 to the county in 2018.

Addressing the topic, as he had done with this newspaper the week previously, Cllr Gerry Warnock took aim at the announcement.

The Indepedent councillor welcomed confirmation over how more discretion would be given to local authorities in terms of how it distributed such funding, but stressed that change in mindset had done little to correct Longford's current allocation.

“That's brilliant that more decision making powers are going to be given to elected members,” he said.

“However, it doesn't deal with the mickey mouse allocation of €2,000 and that is my main beef.”

Cllr Warnock said the minimum counties like Longford should be availing of is €50,000, claiming greater emphasis was all too often foisted on the shoulders of more established tourist havens such as Kerry.

There were calls too for a change in the way monies are dispersed with too much emphasis, it was acknowledged, placed on a county's ability to provide suitable accommodation.

“I genuinely believe that unless we (Longford) get some sort of sufficient backing from state agencies like Fáilte Ireland it will seriously hinder our progress,” he said.

“It (criteria) needs to change especially for counties that are trying to develop a (tourism) product,” he said.

One of the few events to prosper under the current funding model was the recently held Taste of the Lakelands Festival in Lanesboro and Ballyleague.

Cllr Mark Casey, nonetheless was quick to point out that despite the prospect of 8,500 visitors coming to the shores of Lough Ree, organisers had actually applied for €10,000 in funding only to receive 20 per cent or €2,000 in state aid.