#Ophelia Alert: More than 3,000 homes across County Longford without power 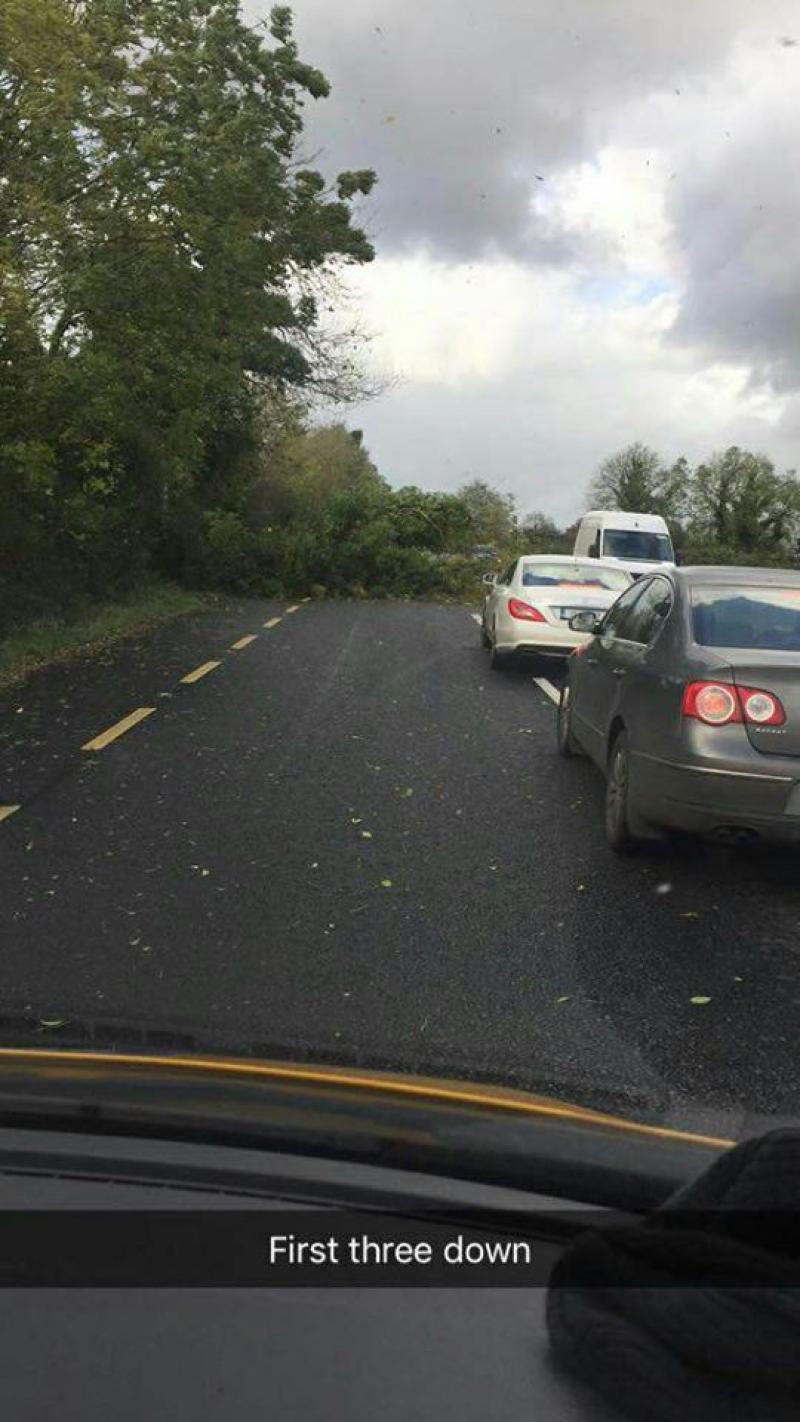 A fallen tree lies across the main Dublin Road in Longford

In excess of 3,000 residences in Co Longford are currently without power this evening following the devastating onslaught of Storm Ophelia.

That's the latest figure which ESB officials have so far managed to collate on their online power outage map.

Approximately 3,336 households and businesses are cut off, many of which have been caused by fallen trees.

The vast majority of those worst hit include around 1500 homes in the greater Longford town area.

The ESB has warned some customers may have to wait up to ten days for their power to be fully restored owing chiefly to the dangerous conditions facing repair crews.

That admission comes after Storm Ophelia claimed the lives of three people in separate incidents across the country.