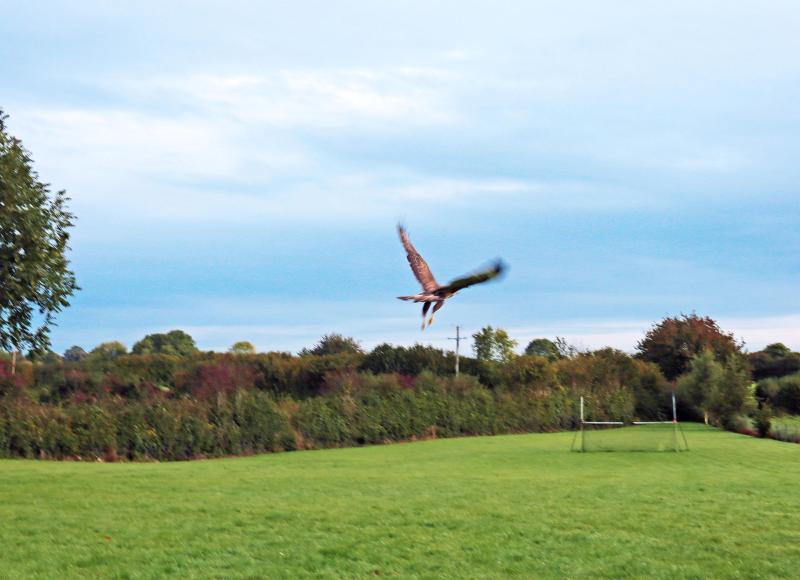 A great cheer went up as the pupils of Fermoyle National School watched the buzzard they rescued hop from its cage and take off into the skies.

The cheers were followed by applause and whoops of joy as the beautiful bird of prey circled around and swooped over the school, giving its rescuers one last glimpse of it before it flew off into the distance. 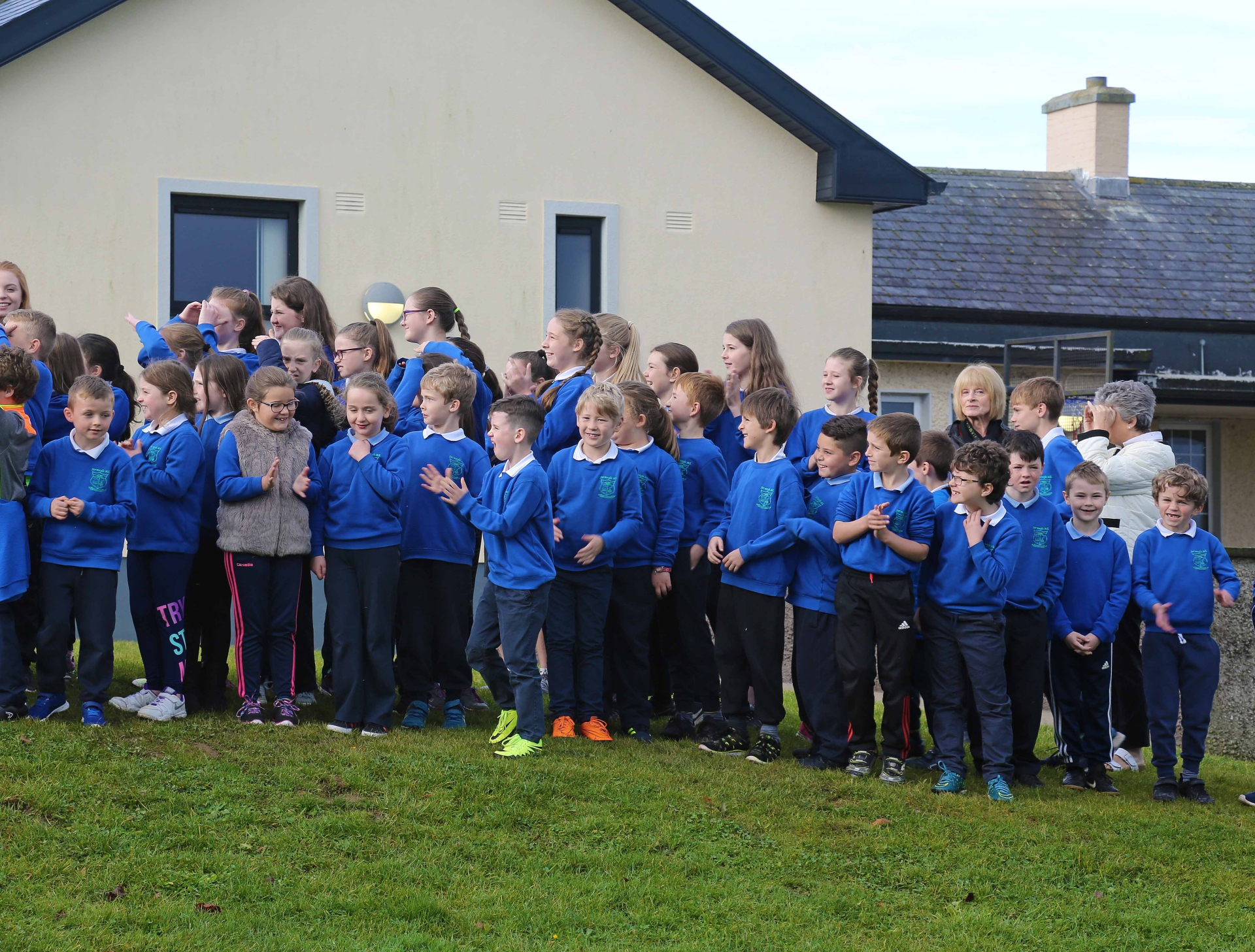 The buzzard was found trapped on a barbed wire fence by some of the pupils of the school on the morning of September 21 last, and the alarm was raised immediately.

“That’s what saved the bird - the fact that he was rescued quite quickly,” said Sue Moles, who is the county's Conservation Ranger with the National Parks and Wildlife Service.

“I’d say about 80% of the birds that we rescue aren’t in such good condition because it happens in remote places and people might come across them a day or two later.”

You may also be interested in watching this video: Video - Lanesboro school release buzzard back into the wild after rehabilitation

In fact, most of the calls Sue receives about birds in distress are from civilians who have found a buzzard attached to a barbed wire fence.

What happens, she explained to the Longford Leader, is that the birds are flying after something at such speed that they'll get caught in the fence.

“A lot of them would suffer wing damage. If they’re found straight away, there’s often a good prognosis,” she said.

“If they’re left for a day or two, it’s already gotten infected and they can flap about and then have ligament damage or a broken wing and it’s not very good.”

Fortunately for this particular buzzard, the children at the school spotted it straight away.

“He was found attached to a fence, so they cut him off the fence and secured him and I came out and picked him up and brought him out to the ISPCA where we gave him a check over,” said Sue.

“We found two puncture wounds on his wings and, other than that, he was just a bit dehydrated and a bit stressed, so he was treated with a tube to get some water back into him and some moisture into his stomach.

“Birds of prey don’t really drink and that’s often what kills them - dehydration.

“So we gave him some antibiotics and checked his wings and bandaged them to immobilise him for a few days, and I left him in the tender care of Kelley Hynes who minded him for the next few days.”

The buzzard, she said, was fit to be released on Wednesday but, as they don't really like to fly in the rain, and Sue and Kelley wanted to give him the best possible start, they pushed his release back by a couple of days.

And he certainly got great weather, as the sun was shining and the skies were clear for his highly-anticipated release.

And the children weren't the only ones jumping for joy on Friday. Sue and Kelley and Ronan Walsh from the ISPCA were also thrilled with the release. 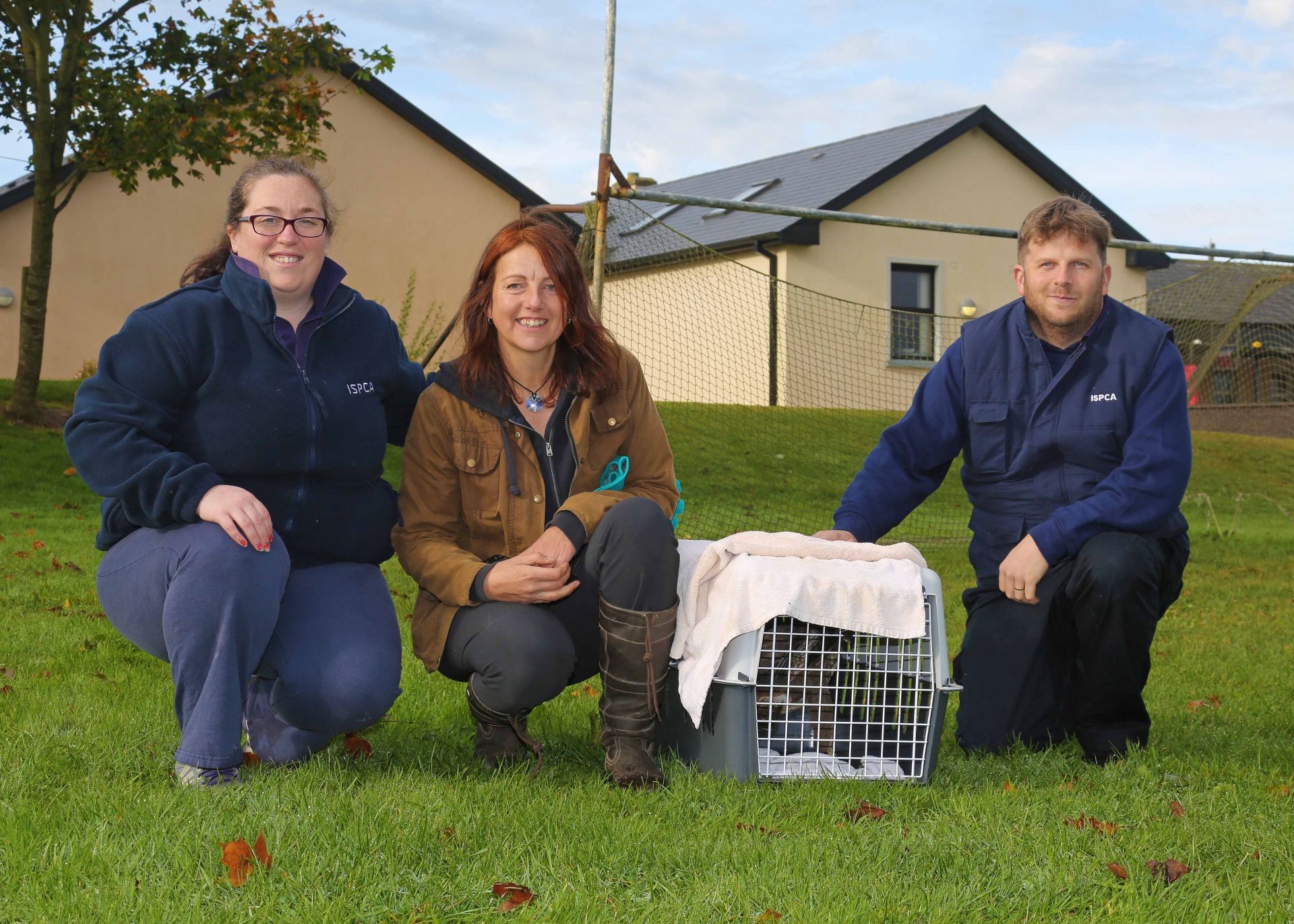 “He's in such great shape,” Sue explained immediately after the buzzard's release.

“Often what can happen is the birds can injure themselves in captivity.”

And this statement certainly made sense as the box - which was covered with a towel to avoid distressing the bird - rattled impatiently as its occupant tried to escape.

The children themselves were kept at a safe distance and were given the opportunity to ask questions afterwards. “What age is he?” one little chap asked. Sue told him that the buzzard was most likely about two years old.

Sue then explained that buzzards were originally in Ireland but they got persecuted until they became extinct.

But, she said, about 15 to 20 years ago, they started to come across from Scotland to Northern Ireland and have since spread to every county.
“And in Longford, we’ve got great numbers of them,” she explained to the Longford Leader.

“They have a bad reputation from hunters, but actually their main diet is worms and frogs and road kill and insects and beetles and the occasional rabbit if they get lucky.

“But they’re not agile enough to catch birds on the wing and they’re just not good hunters.”

In fact, she says, the NPWS gets plenty of calls about one particular buzzard in Corlea.

“It’s a young bird sitting at the side of the road and he’s stamping on the short grass, making it sound like rain so the worms come up,” she explained.

“So he’s learned that if he stomps on the grass, the worms come up for him and he can get them really easy. So that’s what he’s doing every morning.

And, of course, Sue and the team regularly check up on him to make sure he's ok.

Buzzards are about 50cm in height, with a wedge-shaped tail, and will often be seen gliding high up in the air, barely flapping their wings.
“They’ve got fantastic eyesight and they’ll be up really high and their eyesight is that good, they can see mice and things moving in the grass below them,” said Sue.

“If you see a bird of prey up in the sky and it’s not moving at all, it will be a buzzard.

“They’re really noticeable on an early spring morning, if it’s warm. The male starts doing this big display to show off to his female.

“It’s like he’s skydiving. He just dives down and then last minute he’ll open his wings up. Or he’ll spin round and round and round really fast to show off how agile and how fit he is. They’re a lovely bird, they really are.”

If you spot a bird of prey in distress or trapped, Sue recommends, if at all possible, throwing a towel over it, as darkness will calm it down.
You can then contact Sue personally on 086 837 0492 and she will pick it up.