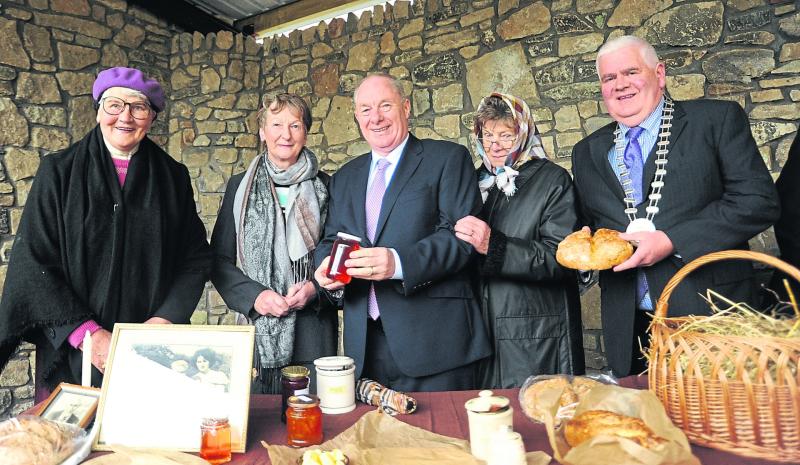 Close to a dozen towns and villages across Longford are celebrating a €640,000 cash windfall this week under a €60m government led plan aimed at revitalising rural Ireland.

Approximately ten local communities will share the sum following the second tranche of funds to be announced by the Department of Rural and Community Development.

The investment forms part of over €21m handed out to almost 300 rural towns and villages nationwide in accordance with the Government's Town and Village Renewal Scheme.

Locally, the biggest benefactor by some margin was the campaign by local authority officials to establish a Creative Hub in the town.

Those efforts look set to become an exciting reality with €200,000 in grant aid set aside for the project.

Minister for Rural and Community Development, Michael Ring was in Granard last Wednesday to set the seal on the announcement.

The veteran Mayo TD was in town to unveil the north Longford town’s historic and newly revamped buttermarket.

“The funding we are announcing here today, many fine projects all over the country (are set to benefit) and this is one of them,” he said to those in attendance.

“We want to see people being able to live and work in their own community.”

The references to job creation and stimulating local economies across the county unsurprisingly sat well with many of Mr Ring’s ministerial and government colleagues.

“The funding for this excellent project right in the heart of Longford town will help foster the emergence and growth of new businesses in the creative industries such as ICT, design, interactive technologies,” said Mr Moran.

Fine Gael Longford/Westmeath TD Peter Burke said the funding would go a long way towards ensuring the county becomes a key magnet for industries to set up in.

“This money is going to ten very worthwhile projects which will pay dividends for the communities they are based in.”

Cllr Farrell said the funding roll-out marked a “fantastic day” for the communities of Newtowncashel and Lanesboro, comments which Cllr Warnock underlined when reflecting on Longford’s allocation.

“Its days like this that makes all the hard work worthwhile and I am ever more excited about the future prospects of Longford,” he said.