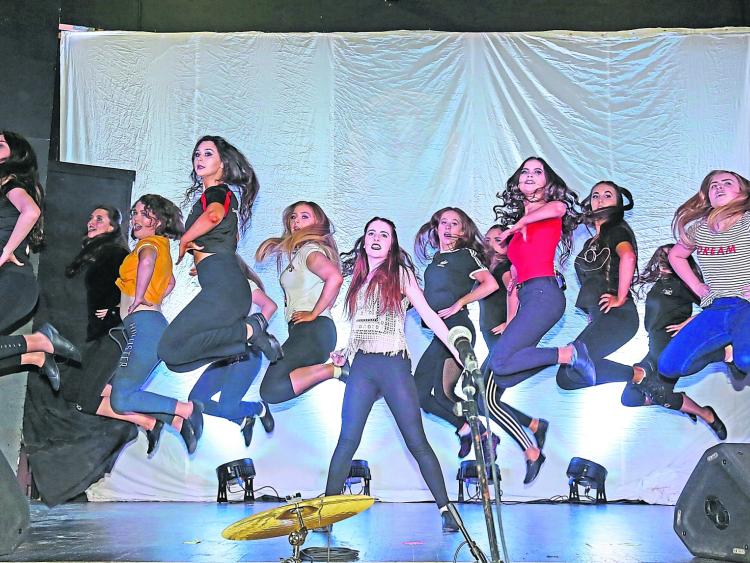 Longford town was buzzing on September 22 as a host of events showcasing the talents of local artists and musicians took place for Culture Night.

This was the first year that Culture Night was celebrated in Longford and the organisers decided to go all out and have a whole day of events.

The day kicked off with a coffee morning in the Backstage Theatre, featuring the 'Three Thoughts, One Breath' Exhibition, which was launched earlier this month.

The town itself was a hive of activity as a marquee was erected in association with Spin Longford, displaying a number of arts and crafts stalls, food, music and a variety of sculptures created by schools around county Longford using photographs.

More music took place across the town as local cafes held culture lunch events and music, story and poetry sessions throughout the day.

Organiser, Paul Hennessy, had only great things to say about the day.

“It went amazingly well. It was a huge success and there was a great buzz around the town for the whole day. It was a busy day, but we pulled it off,” he said.

The old Providers building found a new lease of life as the highly popular 'Memory has a Pulse' exhibition was launched, featuring a score of works by artists Gary Reynolds, Thomas Brezing and Seán Cotter.

And, perhaps, the highlight of Culture Night in Longford was the Culture Concert held in the Temperance Hall, featuring 24 different acts and displaying the incredible talent that Longford has to offer.

“The concert was fantastic. You couldn't get in the door, there were so many people,” said Paul.

“Logistically, it was difficult to organise, but it flowed really well. We hung curtains so we could put, for example, a solo singer performing in front of the curtains while we were setting up a choir behind the curtain.

“There were 24 different acts and everyone was amazing. No-one knew what was coming next because we didn't release a programme to tell them what to expect.

“We had everything from Irish dancing to solo performances to choirs. It was fantastic.”

And, already, the organisers are looking forward to next year's event, when a similar range of events will held.