CLICK THROUGH TO READ MORE: The Lakeside Hostel in Aughnacliffe to feature on RTÉ show 'At Your Service' 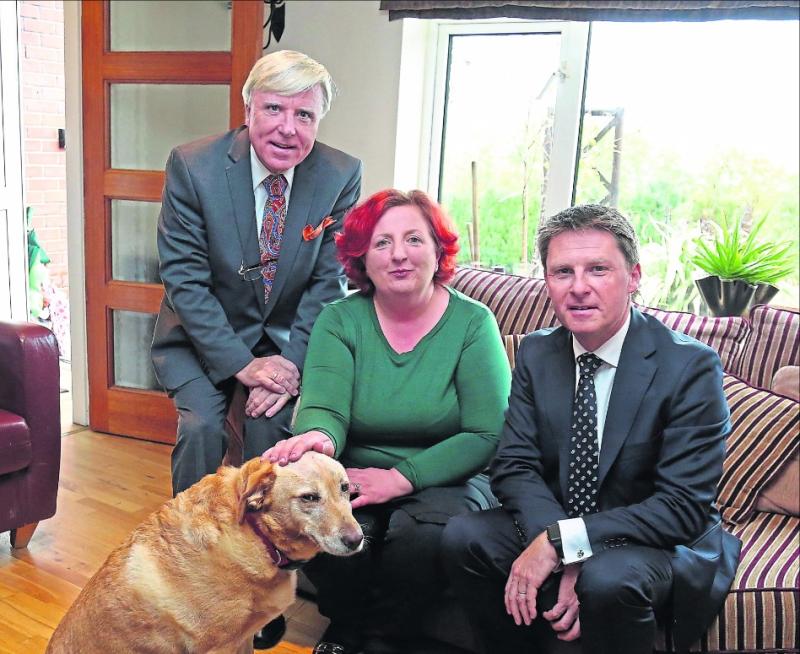 The Lakeside Hostel in Aughnacliffe is ready for its moment in the spotlight following the filming of an episode of the popular RTÉ show 'At Your Service' last week.

There was great excitement at Lakeside as camera equipment was set up and the revamp of the hostel was revealed.

“When we came here first, there were so many things from the front gate to the front door,” Francis Brennan told the Longford Leader.

“There were gas cylinders and all sorts of things blocking the area!

“So our main priority was to tidy it all up and get it looking nice.”

And it certainly looked nice, with flowers planted in the front garden, a tree house erected nearby, and a couple of caravans set up for 'glamping', which has taken the world by storm in recent years.

“The glamping adds something different to the area,” said John Brennan, adding that there isn't really anything of that kind in the midlands.

“We were building the frame of the treehouse and Colette thought it could be a business in itself, with people staying in it if the weather is good.”

And, while the treehouse isn't quite ready for guests yet, it certainly adds a bit of character to the garden.

Inside, the house was beautifully decorated and the living room was the perfect setting for the filming of the episode.

Afternoon tea, with beautiful vintage and vintage-style tea sets and delicious sandwiches and treats, was provided by Lucy and Stephen Browne of Browne's catering, based in Virginia, County Cavan.

Meanwhile, Mary Sheridan of the Robin's Nest in North Longford was on hand to help stage the room and, provide upstyling workshops to hostel guests.

Most importantly, Caroline McDonell, owner of the Lakeside Hostel was thrilled with how everything turned out.

“It was fantastic to have John and Francis here,” she told the Longford Leader when the film crew had departed.

“They gave me some great advice and I'm very happy with the improvements and especially the links I've made with local businesses.”

Situated on the Arvagh Road in Aughnacliffe, the Lakeside Hostel is surrounded by beautiful scenery which the Brennans feel will attract plenty of lodgers.

“You can access three counties from here - Longford, Cavan and Leitrim,” said Francis.

“Fishing has always been a popular activity with so many lakes nearby, and today we found out the there's a cycle route going right past the front gate.

“So it's a great spot for tourism, and the saviour of rural Ireland is the fact that tourism will be made available everywhere.”

His brother, John agreed and went on to say that it's easy to open a B&B in rural Ireland, but Colette took it one step further by engaging with the local tourism.

“If you want a quiet, rural retreat, there's no better,” he concluded.

The Lakeside Hostel episode of 'At Your Service' will be aired in early 2018 when the next season of the show hits the small screen.