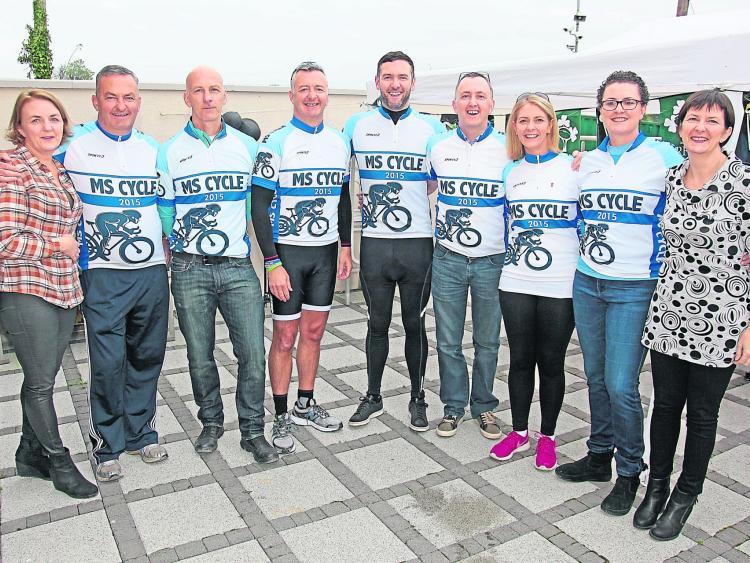 When the initiative first began it was to raise funds and awareness for MS Ireland as Eamon Considine, a well knowm local Garda battles with MS.

Long associated with the local rugby club and many other local sporting organisations it made sense to start the cycle off from the Longford rugby clubhouse.

For a number of years now several hundred people have taken part in the cycle which runs from Longford to Carrick on Shannon and back.

It is approximately 65km and can be a competitive or leisurely cycle depending on your mood or level of fitness.

More importantly though it is a fun day out for all, and the best part, for most is the get-together in the rugby club later that evening.

For the second year running the cycle will raise funds for LARCC, the cancer support centre and charity based in Multyfarnham.

Team Considine turned their attention to the local centre in 2014 when their sister, Dearbhla was diagnosed with breast cancer.

It has been a tough road for the popular Longford town woman but her battle has been an inspiration to many.

Married to Phil, the couple have two young daughters, Rachel and Emily, and Dearbhla looks set for a busy few months as she will also be one of the mentors in the popular Stars In Your Eyes fundraiser which returns to the Backstage later this year.

This week Dearbhla thanked all who have taken part in the cycle over the years and said that the family want to end on a high and break the magical €150,000 mark.

The cycle heads off at 10.30am with registration from 9am and the fee to take part is €30 or hopefully you can raise more with the sponsorship cards which are now in circulation.