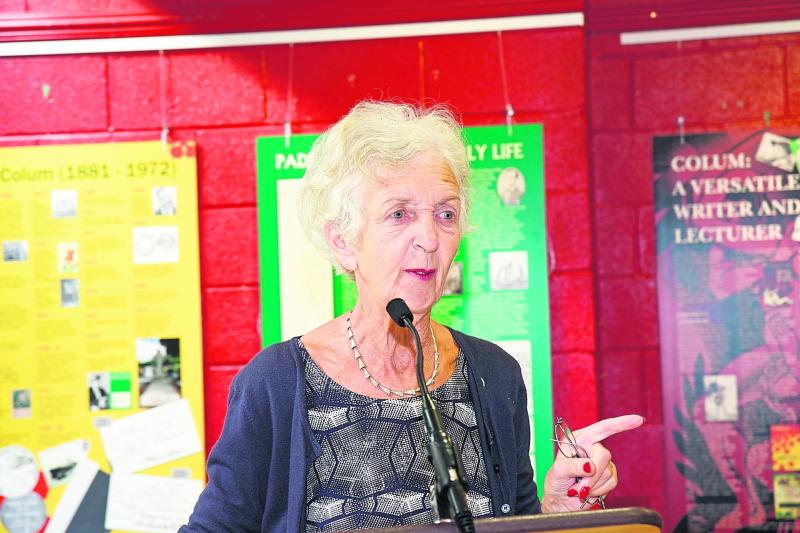 Anastacia Crickley Chairperson of the UN-Committee of the Elimination of Racial Discrimination. Photo: Michelle Ghee.

“What we all want to see in our society is that everyone is free to be truly who they are themselves”.

These were the words spoken by LCRL CEO, Adrian Greene during a discussion on Traveller ethnicity at Longford Library last Friday.

Mr Greene also pointed out that nobody should have to hide their religion, sexual orientation, race or culture and everyone should be respected within society for who they are.

“For many years the Traveller community has campaigned to have its culture, heritage and identity formally recognised by the State,” he continued.

“I am delighted now that has finally been recognised and that Irish Travellers have become an ethnic group.”

Meanwhile, the chairwoman of the UN Committee for the Elimination of Racial Discrimination, Anastasia Crickley also attended the gathering.

She spoke about the 30 year battle that Irish Travellers undertook to have their ethnicity recognised and she paid tribute to them for all their hard work and determination.

On March 1 this year, former Taoiseach Enda Kenny announced formal recognition for Travellers as a distinct ethnic group within the State.

At the time he said the move had lead to “an historic day for our Travellers and a proud day for Ireland”.

Ms Crickley, who had worked with the Irish community in London, including Travellers, before taking up the cause for Traveller ethnicity, said that Travellers have always been an ethnic group and deserved acknowledgement for that long before now.

“We have created a new horizon and maybe we can stop now looking at what’s wrong; of course we need to keep looking at what is wrong and demanding rights for Travellers, but now we have a real opportunity to look to what is possible,” she added.

“We must now look to the future.”

Those gathered at the library then heard that the discussion on Traveller ethnicity went back along way. To the 1980s, in fact.

“What we saw happening was racism,” continued Ms Crickley.

“Living in the UK in the 1970s - that was the time of the Birmingham bombings; the Guildford Four, the Maguire Seven - these were Irish people who were convicted in a racist fashion for crimes that they did not commit, and who, if it happened 20 years previously, would have been have been executed - that is the reality actually.

“Eventually they were all pardoned, but it was straightforward racism and a number of us began working on racism towards the Irish community.”

She went on to say that up to that point, people in Ireland believed that for racism to happen you had to black.

“It was something that could not happen between white people,” she continued.

“But, what we saw happening in Ireland in the 1980s was in fact racism; when they were building the Tallaght bypass, they built it on lands that had belonged to Travellers for generations, and of course all the Travellers were just thrown off that land.”

A campaign began then, and that was the beginning of change, those gathered at Longford Library heard.

Throughout the 1990s various organisations rallied together in Ireland to legislate for rights and equality for the Traveller community.

Fast forward another 17 years and to 2017 and finally Irish Travellers’ ethnicity was recognised.
“It has been a long road,” the chairwoman of the UN Committee for the Elimination of Racial Discrimination, added.

“It took a long time, but Travellers got there in the end.”