'Longford has been left behind', claims Fianna Fáil leader 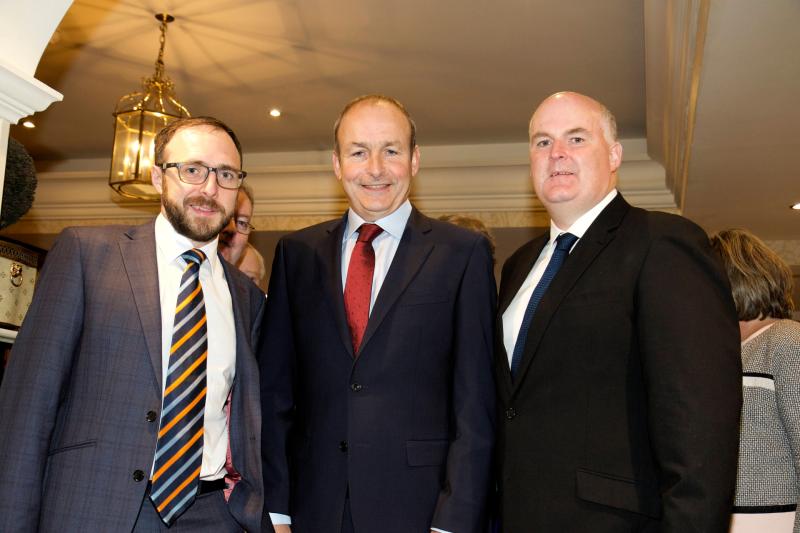 Fianna Fáil leader Micheal Martin has launched a blistering attack on Fine Gael’s Dublin centric economic recovery by accusing them of “leaving behind” counties like Longford.

To remedy that malaise, the Cork South Central TD said it was pivotal the county returned a locally based TD at the next general election, saying recently installed Longford candidate Joe Flaherty was the man to restore its social as well as fiscal fortunes.

In a candid and far-reaching interview with the Leader on Monday, Mr Martin said there was no secret behind that underlying ambition and the party’s decision to choose Longford for its pre-Dail think in.

“From my experiences of being in Longford and my sense from Longford people and the people in the midlands generally that they are being left behind in the economic recovery,” he said.

Mr Martin said the party’s decision to ratify a Longford candidate was not a piecemeal retort to Fine Gael’s decision to select their own election hopeful but rather an attempt to underpin his own personal political blueprint.

“The party has to be ready particularly in a minority government situation for any eventualities,” he said.

“In addition to that from 2011 and from my own experience as party leader I much to prefer to have candidates in the field much earlier engaging with people, identifying the issues and they then are stronger candidates as a result.

“I think the day of rolling on to an election, having a convention and then a general election within three weeks is long gone.”

The Fianna Fáil supremo stopped short of indicating an election was near after the party completes its commitment to supporting the second of three budgets under its confidence and supply agreement with Fine Gael next month.

He defended that stance, rubbishing suggestions its understanding with the incumbent government was a way of furthering Fianna Fáil policies while engaging in populist politics in opposition.

“I don’t think we are pandering to the masses,” he sharply put it.

Mr Martin's mood didn't get much better when the Leader questioned whether the country was ready for Fianna Fáil to return to the government top table.

And he was quick to dismiss suggestions the present housing crisis carried certain throwbacks to its 'wrecking' of the Irish economy of the mid to late naughties.

“We didn’t (wreck the country). That’s too simplistic an assertion,” he replied.

“The problem in Ireland was yes we did exacerbate that by spending too much and reducing the revenue base taxation too much and we have learned lessons from that. We didn’t cause the last collapse.”

Like Taoiseach Leo Varadkar, Mr Martin scotched any notions of a possible Sinn Fein alliance after the next election while also cooling similar speculation of a 'grand alliance' with Fine Gael.

What Mr Martin was more anxious to home in on was his party's desire to rebuild trust and reconnect with an electorate that have grown increasingly aloof with the workings of modern day politics.

To meet that aim, Mr Martin said Fianna Fáil must re-establish a national political presence in counties such as Longford.

“It’s going to be challenging but in Joe Flaherty we believe he will be a very competent and capable candidate,” he said.

“He understands the needs of Longford, he has a vision for Longford, he, as part of the economy here wants it to prosper and develop and he will be on the ground engaging with people in housing estates and rural parts of the constituency and I think along with Robert Troy we can pull off two seats here.”

Whether Mr Martin and Fianna Fáil do or not, only time will tell.