Remembering the life and times of Padraic Colum in Longford 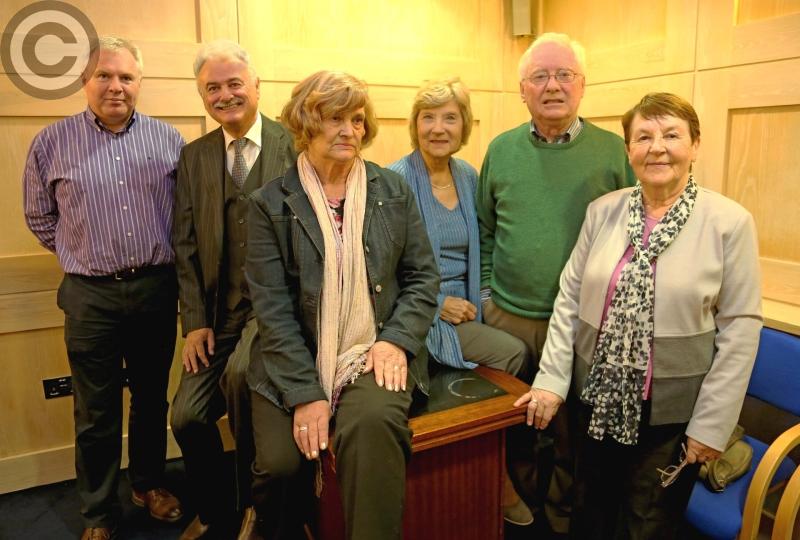 Padraic Colum Cruinniú took place in Longford last weekend and what a wonderful celebration of his life and work it was.

On Friday evening, Longford Co Council held a civic reception at Arás an Chontae for Padraic Colum’s family, many of whom travelled from as far away as Australia, the USA and the UK as well as from across Ireland.
“This event has been planned for many years,” Mary Carleton Reynolds told those gathered, before paying tribute to Cllr Seamus Butler whom she added, “has had the Padraic Colum Cruinniú on the agenda for a long time”.
“We are going to reclaim Padraic Colum back for Longford; we want to celebrate all the contributions that he has made over many, many years.”
Padraic Colum was born in 1881 and lived until 1972.
During that time he created a huge volume of work.
“Sometimes they say, you are never prophet in your own land, well we want Padraic Colum to be placed at the centre of our lives here in Longford, as someone who is really important and who plays a very important part of our literary heritage,” continued Ms Reynolds.
“We have a lot to be proud of in Longford and have a very rich literary heritage.”
Meanwhile, Padraic Colum’s relative Miriam spoke to those gathered at Arás an Chontae on behalf of the Colum family.
“It is wonderful to be here to celebrate Padraic Colum the man, to celebrate his life and to celebrate his work,” she added.
“Padraic wrote on many different themes and made a huge contribution to Irish literature.”
Padraic Colum was a poet, novelist, dramatist, biographer, playwright, children's author and collector of folklore.
He was one of the leading figures of the Irish Literary Revival and much of his work continues to celebrated overseas.
“In the final years of his life, Padraic emphasised the importance of his childhood in Co Longford and I think that was very transparent in his writings,” Miriam continued.
“The difference between Padraic Colum’s writings and his contemporaries really was his realism.
“He used simple language and explored such complex issues, many of which have transcended to today.
“If you take the poem - ‘Old Woman of the Roads’ - and look at that simply, it is a poem about an old woman wandering the roads longing for a house.
“That theme transcends into 21st century and to homelessness and what that is.”