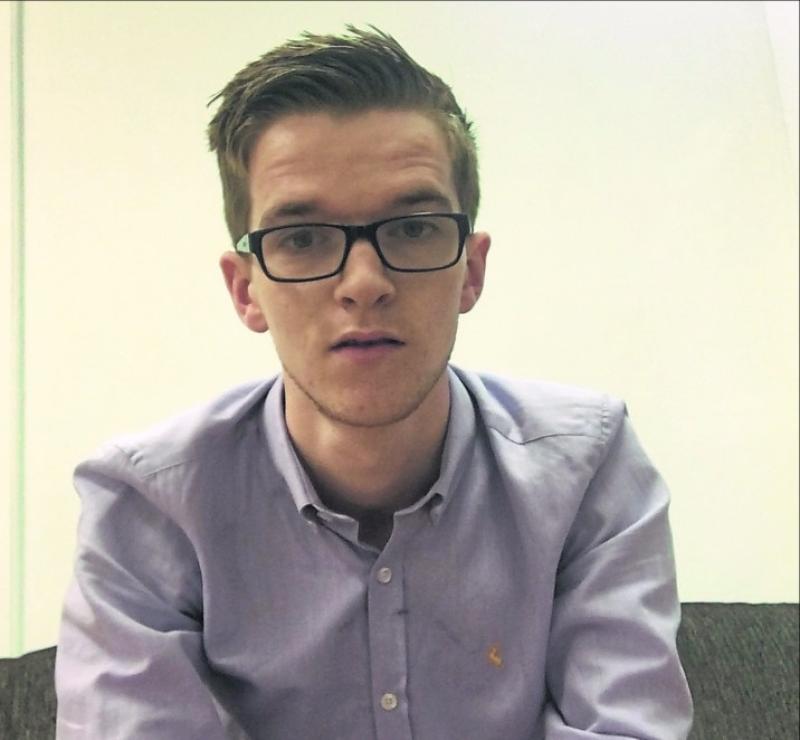 It's certainly not unusual to come across a young person on the hunt for work in a world with very few jobs on offer.

But one Lanesboro native, who went through all the pain of job applications and rejections - not to mention the countless times his applications were ignored - encourages others in his previous situation not to give up, because something will come up eventually - just like it did for him earlier this summer.

Steven Donohue is 22 years old and, when he received his Leaving Cert results in 2015, he decided not to go to college.

So Steven and his girlfriend got to handing around CVs and applying for retail jobs online, in the hopes of getting a job in Longford.

Sadly, it was not to be and the pair ended up on social welfare.

“At the start of 2016 we both were put on a retail course by the social welfare in Athlone. It was a short course, nine weeks plus one-month work experience,” he said, adding that it was this that brought him to Galway City, where he worked in popular tourist shop, OMG @ Zhivago.

“We both got work placement for the month in Galway. I really enjoyed the work experience and it was a great opportunity.

“When the one-month work placement finished we both got offered jobs in Galway. We took the opportunity. I decided to live with my uncle (just outside Galway City) until we got our own place.”
Unfortunately, it's not as simple as just getting your own place in Galway. With ever-increasing rent costs and a severe shortage of accommodation in the city, it's no wonder Steven and his partner found it difficult to find a place to call home.

“We were on the house hunt in Galway for over nine months,” said Steven.

“We quickly realised that all the places that would be great for us to live in, were too expensive. As a property goes up online in Galway, someone will have it straight away. There are not enough properties in Galway. We couldn't get anywhere.

“As my partner works with Tesco we decided that she could get a transfer back to Longford, which she did.

“I'll go back on the job hunt. Sure I'll be able to get a job now with all the experience I have, more than what I had before,” Steven believed.

But that wasn't the case, and what followed was a long and difficult search for work, which took its toll on Steven, both financially and mentally.

Living with his parents and getting just over €100 a week from social welfare, Steven was losing hope, but giving up was never an option - he didn't want to be on the 'dole' for the rest of his life, so he had to keep trying.

“I must've applied to over 50 jobs. Day in and day out I applied in stores and online. After a while I was giving up hope, I won't lie. I was at one of the lowest points of my life, when I look back on it.”
It was a stressful time in Steven's life and it seriously affected his mental health, as it does for many young people in his position.

“It was very stressful with applying for jobs and getting hope on each one, thinking I might get it this time,” he said, adding that he did find ways to keep his mind at peace.

“I went for a cycle nearly every day, as it got me out of the house for a few hours. I really enjoyed it and still do.

Fortunately, Steven's story has a happy ending. After countless applications and even an interview on Shannonside FM about his predicament, Steven finally received a positive response to an application.

“The night before the interview, I was really nervous. I couldn't sleep, was thinking about what I was going to say and doing research on interview tips and the company.

“I went into the interview and gave it my all.”

And it worked, because not long after, Steven was offered the job.

“I'm working in town now in a bookmakers. I really enjoy it, working with people. I love working, having human interaction; you meet all walks of life,” he said.

And the good news doesn't end there: Steven and his girlfriend have moved into their own apartment in Longford town, near their respective workplaces.

Life is going good for Steven now, and he says it's important for other young people in this position to keep trying.

“Some mornings I woke up and didn't want to get out of my bed, but I did and I kept applying for job after job.

“Just remember, good things will come to the people who wait. The right job you will get. Sadly it won't come to you, you have to go out and meet people, apply for jobs and you will get the right one,” said Steven.

“Whatever you do, never give up. Everything happens for a reason,” he concluded.