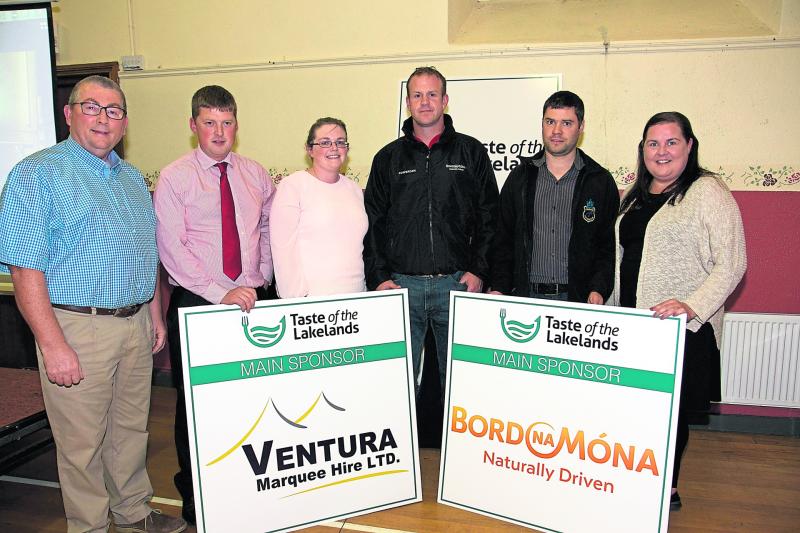 Lanesboro is set to sizzle this October as some of the country's top celebrity chefs take part in live cookery demonstrations as part of the Taste of the Lakelands Food Festival.

The festival was extremely popular last year, according to Chairperson Alan Horohoe who says approximately 6,000 people were attracted to the Shannonside town of Lanesboro-Ballyleague.

And the committee is hoping to emulate that this year when they extend the festival to two days on October 7 and 8.

This year's festival will see over 60 local food producers taking part and some of the country's best known celebrity chefs coming for live cooking demonstrations.

“This year's festival is a chance to get 60 food producers together and a chance to see what the area has to offer,” said Mr Horohoe.

“And it'll be a great couple of days out. There will a craft village with about 60 stalls and the Road Safety Authority will be there with their road safety show.”

So it's not allabout food, he added. In fact, there will be something for all the family.

“There will be amusements too - a small funfair with a bouncing castle and stuff like that,” Mr Horohoe explained.

“And there will be kayaking and boat trips on the river.”

At the festival launch, which took place last Wednesday, September 6, it was confirmed that Gary O'Hanlon - the star of TV3's Restaurant show and the new RTE Operation Transformation on RTE1 - has been signed up as the Food Ambassador for the festival and will soon be promoting the event on social media and a brand new website.

"I'm delighted to be promoting some of the country's greatest food producers from our area," Gary told the audience at the launch.

"I will be cooking these fantastic fresh and healthy local products in front of a huge audience on social media here and around the world from now on."

Gary's new recorded cooking demonstrations will feature local producers such as Castlemine Farm, Waldron's, Terry McLoughlin Butcher and St Mel's Brewery among others and the videos will run on the new website of the Taste of the Lakelands brand which will go to air at the festival.

Other chefs already confirmed for the weekend include Kevin Dundon, Fiona Egan, Adrian Gill, while award winning brown bread maker Margaret Sexton will be featuring at the enterprise awards on Saturday morning, October 7.

And the organisers have a few more surprises in store for the weekend, with music and other attractions.

“And Lanesboro is a great town to have it in - it's the best town ever,” Mr Horohoe continued with a laugh.

For more information and to keep up to date with events, find Taste of the Lakelands on Facebook.