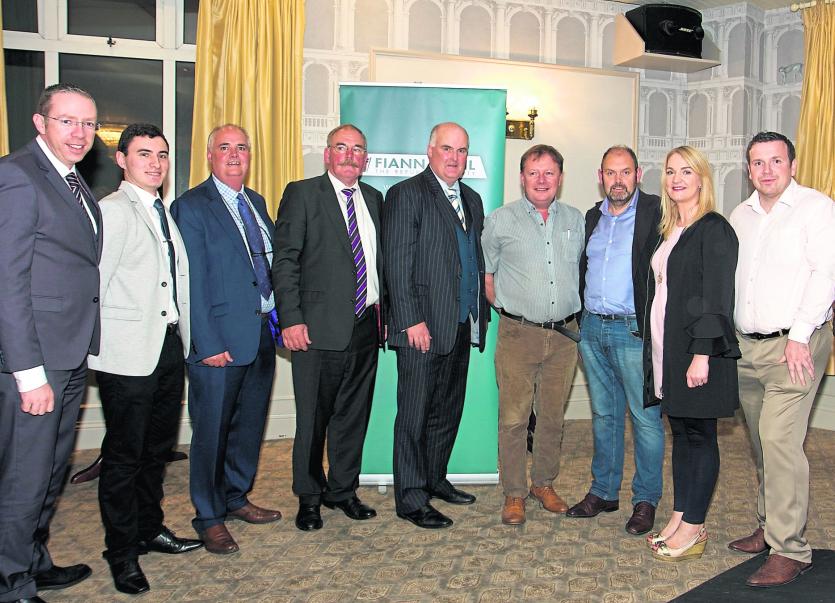 Fianna Fáil has cranked up its preparations ahead of the next general election by targeting two seats in the Longford-Westmeath constituency.

It comes after Joe Flaherty was last Friday night ratified to contest the next election for Fianna Fáil after storming to a landslide victory at the party’s Longford selection convention.

The Iconic News Managing Director secured 220 votes or close to two thirds of the 356 delegates who voted, seeing off fellow candidates Connie Gerety Quinn (87) and Cllr Seamus Butler (49) in the process.

The news comes almost two years since the acrimonious fallout which befell the party’s last attempt to ratify a Longford based candidate in the lead up to the February 2016 general election.

That culminated in Ms Gerety Quinn being installed as its preferred candidate on the back of a gender quota directive from party headquarters.

This time around however, there was no discord as both defeated candidates and more than 300 assembled delegated rowed in behind Mr Flaherty.

For his part, the father of three said he was deeply honoured to have been afforded the party’s Longford nomination and immediately vowed to win back a seat last held by former TD Peter Kelly in 2011.

“I am very conscious of the weight of responsibility that comes with this role,” he said, moments after his victory.

“I want to leave you in no uncertain doubt I fully appreciate what you have invested in me and I want to ensure you that I will leave no stone unturned and we will get back that seat. “That seat is a Longford seat.”

The journalist and local newspaper boss also took aim at the “slapdash” policies imposed by the incumbent Fine Gael led administration, saying now was the time for counties like Longford to stand up and be counted.

The taunt hurled in the direction of the Government's lead party didn't end there.

Taking time to single out the late former Taoiseach Albert Reynolds, his niece Orlagh Reynolds and staff of the Longford Arms, Mr Flaherty said the decision by Fine Gael to host their own Longford convention at the same venue back in June was not lost on him.

“Fine Gael might have held their Convention here but make no mistake, this is a Fianna Fáil hotel,” he said.

It was a statement which predictably drew jubilant acclaim from those watching on from the floor.

In paying tribute to his wife and three daughters, Mr Flaherty also reserved special praise for his long time mentor and the man he hopes to emulate at the next general election-Peter Kelly.

He said Mr Kelly served Longford with distinction during his time in the Oireachtas, a tenure that continued to be felt to this day.

Now, more than seven years on, Mr Flaherty said the time had come for Fianna Fáil to re-establish its presence on the national political stage.

“Longford has been incredibly good to us. Yes, we have had our knocks and our setbacks but it has been good to us.

“We (Fianna Fáil) will regain our seat at the national table and we will get the slice of cake we deserve and we will get back pay for what we have been denied for the last few years,” he said.