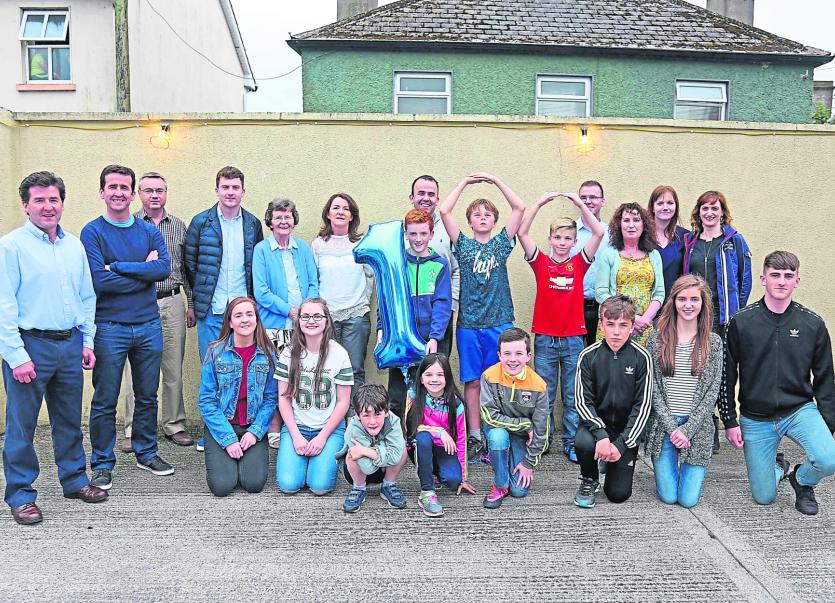 To mark the 100th anniversary of O'Boyles pub and shop in the heart of Kenagh village last month, a party was held at the premises.

Family, friends and locals donned their best attire for an event that marked just how far the south Longford business has come over the last 100 years.

Established in June, 1917 by Patrick O'Boyle, a native of Co Mayo, the business weathered many storms and is as successful today as it ever has been.

Speaking to the Leader, Raymond O’Boyle, grandson of the late Patrick, who now runs the business alongside his wife Glynis said the establishment was still going strong to this day.

“My grandfather died about 10 years after he bought the business and his wife took over,” added Mr O’Boyle before pointing out that the business now comprised a bar and grocery store and post office.

And while it has seen many changes and was often forced to adapt to the ever changing needs of the local people, right from the very beginning the business has played a central role in the life of the people of Kenagh and the surrounding areas.

“We took over the post office then - that was about 10 years ago when the Belton’s retired - and have seen all the ups and downs that any business sees,” Mr O’Boyle continued.

“We would have gone through lean times especially in the 1960s and 1970s but we have survived all of that to be part of the community out here.”

And it is a history that began to unfold back in the 1920s when Patrick married Elizabeth Fox of Derrynagalia.

The couple had three children Barney, Kathleen (Donlon) and Cella who tragically died young.
Local historian Paddy Egan said that great credit was due to the late Barney who began in the business at a very young age and built it up to the fine establishment that it was today.

“He was later joined by his wife Deirdre and the subsequent arrival of their nine children - all of whom had the same business acumen,” he continued.

“Customers, friends and family enjoyed commemorating the famous O’Boyle landmark and all that can be said now is here's to the next 100 years.”