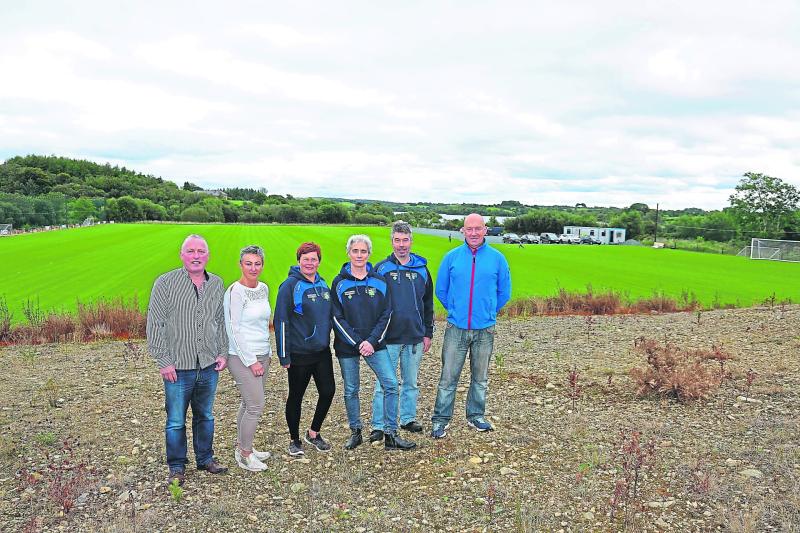 It was legendary Argentinian soccer star Diego Maradona who once coined the phrase: “Luck has nothing to do with success...when people succeed, it is because of hard work.”

A sweeping generalisation it may be, it’s one which aptly summarises the unsung efforts of a small band of volunteers behind UCL Harps.

Founded 23 years ago by local men Paddy McPhillips and Ronnie Bleakley, this humble yet much understated soccer club has never had a place to call home.

That is until now.

“I have always said it, we won’t be anything until we have a home,” said club chairman Enda Boylan.
From Dromard to Abbeycartron in Longford town, there isn’t many places the blue and white colours of UCL hasn’t cropped up in.

That nomadic routine was something which clearly grated on the psyche of its chairman and around four or five other like minded committee members.

Attempts to source a plot of land suitable to house a burgeoning soccer outfit with more than 200 soccer hungry children on its books was proving difficult.

That was until a near six acre field came onto the market beside Dernaferst Bridge, overlooking the idyllic shores of Loch Gowna.

As is often the case with ambitious projects of its kind, there were plenty of doubting thomases who weren’t shy in making their skeptical feelings known.

“You still hear those kind of things but we always knew what we were doing,” said secretary Alison Jobe.

“We are a good committee of four to five people and if there is a decision to be made we will make it.”

Such passion and sense of fervour is one thing, putting into practice is another.
What’s more the committee, as Alison spelled out, knew just how important the need to secure the Dernaferst site was.

“It really was do or die,” she remarked, her speech wavering ever so slightly in quiet enthusiasm.
A public auction followed with the club eventually snapping up the field for €45,000.

Five years later and thanks to a huge fundraising effort backed up by National Lottery and LEADER funding, UCL Harps now has a place it can finally call home.

The end product is certainly no hovel. A carpet like playing surface more accustomed to the riches of England’s Premier League is the incredible upshot.

It’s a feature, you feel which will serve the club in great stead as it looks to unearth the next generation of talented soccer stars from across the Cavan, Longford and Leitrim pennines.

Names such as Mohill’s Dervla Byrne, Leah and Kayla Brady from Arva and Longford Town FC defender Tristan-Noack Hofmann, the proud son of club treasurer Petra Hofmann, are just some of the names to have graduated from its ranks.

Those successes are a source of much gratification, but that’s not where the UCL story ends. Plans are already afoot to try and raise a further €70,000 to finish the development in its entirety, again through fundraising and matched LEADER funding.

To boot, the club are similarly looking to initiate a fortnightly lotto draw under the guidance of its committee and newly established senior men’s side.

“That was one of my main goals,” stated Enda.

“We wanted to try and get a senior side going to help with the fundraising but also to come back and help out with our underage level.”

With 267 children aligned to various age-groups from U-9s all the way up to U-13s, it’s not hard to understand where the Gowna clubman is coming from.

An interesting footnote to the emergence of a men’s outfit, is the fact one of UCL’s first ever enrollees, fellow Gowna man Damien Fitzpatrick is not only back in the fold but is back as club captain.

Not that Enda is entertaining any thoughts of dusting down his own boots and following suit.
“Ah Jesus,” came the impish reply.

“I don’t know about that. I think I might stick to shouting from the sidelines.”

Whether he does or doesn’t there’s no denying the sense of solidarity and togetherness that has brought about this latest chapter in the UCL Harps chronology-a mantra perhaps best evidenced in its befitting motto-'fortitudo in unitate' – strength in unity.