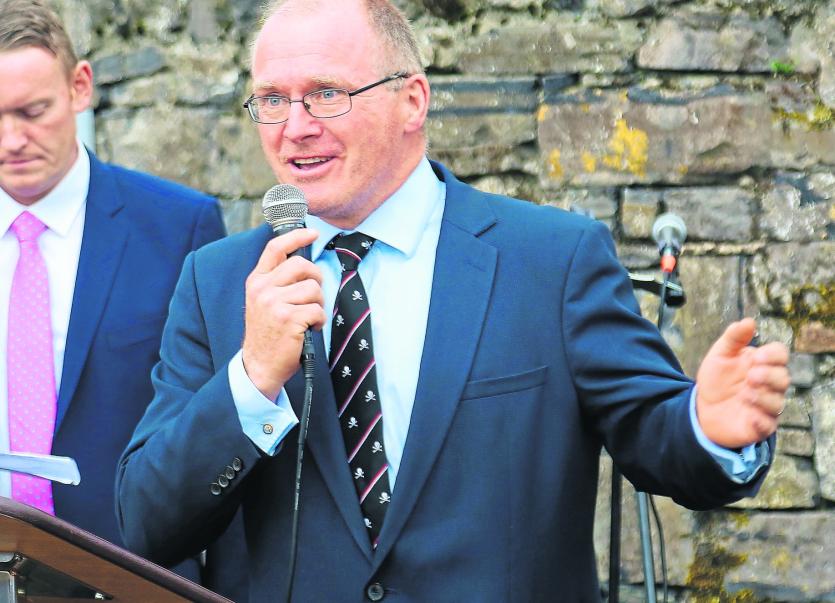 Described as a revolutionary, musician and a poet, Ashe gave a speech in Ballinalee in 1917 that would firmly establish him in the hearts of the people of Co Longford.

It was also a move that would too, ultimately lead to his death at the young age of 32.
The book ‘I Die in a Good Cause - Thomas Ashe: A Biography’ tells the story of his life.

Originally from west Kerry, Ashe was a schoolteacher in north Co Dublin and a founding member of the Irish Volunteers.

Edited by Professor Gabriel Doherty the book centres on the life and times of Ashe who during the 1916 Rising commanded the Fingal Battalion of the Volunteers that were tasked with destroying the communications network of the British establishment north of Dublin city.

His battalion won a major victory in Ashbourne, Co Meath, but 24 hours after the Rising collapsed, Ashe's battalion surrendered on the orders of Patrick Pearse.

On May 8, 1916, Ashe and Éamon de Valera were court-martialled and both were sentenced to death.
The sentences were later commuted to penal servitude for life and Ashe was subsequently imprisoned in Lewes Prison in England where he led a hunger strike in May 1917.

He was released under a general amnesty in June but was re-arrested in August for that famous speech he made in Ballinalee and was imprisoned in Mountjoy.

Mr Doherty says that the significance of this book in the historical context of Ireland cannot be understated.

“Ashe’s funeral,” says Doherty, “was arguably one of the biggest in Irish history.”

When he died, Michael Collins delivered the oration at his funeral and it was the circumstances of his death and funeral that became one of the key factors in tipping public opinion towards supporting the cause of the 1916 rebels.

“His death was critical to the hanging momentum of Ireland at the time,” Mr Doherty continued, before pointing out that Ashe’s personality had “ticked all the boxes” in the Irish psyche.

“Thomas Ashe was a hugely influential figure in his life, arguably even more so than de Valera was.”

As President of the IRB, Ashe it seems could have gone on to play a very prominent role in Irish politics and Irish life had it not been for his untimely death at the age of 32.

“He didn’t live to see the War of Independence or the Irish Civil War and yet he was probably one of the most influential republicans in the State,” adds Doherty.

“He was also very active in the GAA and was prominent in the traditional music scene.

“He ticked all the boxes really and his death was critical to the changing momentum in Ireland at the time.”

“I Die in a Good Cause - Thomas Ashe: A Biography” has been reprinted by Mercier Press to commemorate the centenary of his untimely death. Available nationwide. RRP €14.99.