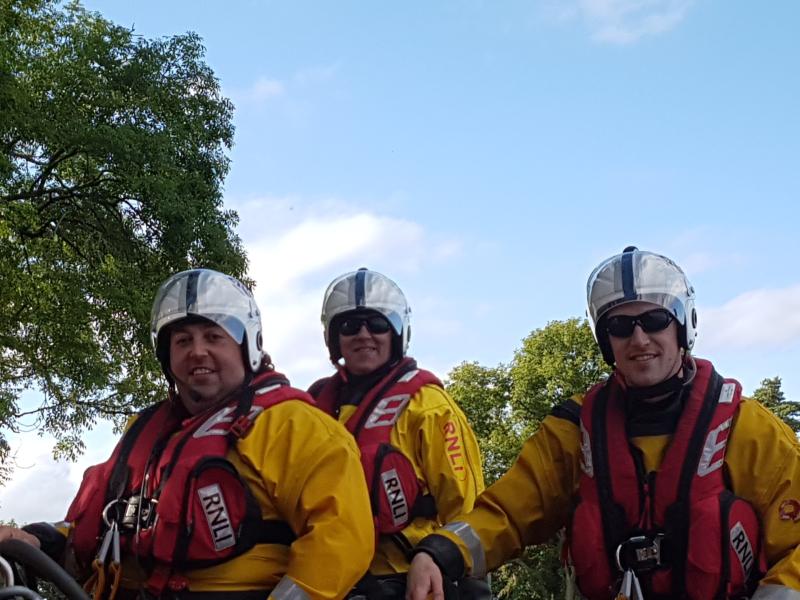 Lough Ree RNLI were called to assist nine people aboard a motor cruiser aground on Lough Ree at Dog Island near Portrunny, Roscommon this afternoon.

The Irish Coast Guard received the distress call and alerted the volunteer lifeboat crew at 1.12pm this afternoon (Saturday, August 26).

Conditions at the time were reported as dry and sunny, with a light force 1-2 westerly breeze and calm waters.

The crew of The Eric Rowse - Franco Magliocco, Rachel McHugh and Emmet Devereaux - made their way quickly to the scene and performed the usual checks to ensure that the people on board were uninjured, and that the vessel was not holed, before towing the vessel to navigable water.

The crew then checked that all systems on board were operating normally, and accompanied the vessel for a time as it made its way towards Athlone, before returning to the station.

Upon returning to the station at 2.40pm, the lifeboat crew proceeded to undertake courtesy back-up duties for the Coosan Development Association, who took several groups of people from Coosan Point to nearby Hare Island for a guided tour of the island by local historian Billy Comer. Separate rescue cover was provided for these short journeys and the lifeboat crew were available for emergency service throughout.

The guided tours were arranged to mark National Heritage Week, which began on 19 August. Numerous heritage-themed events will take place again tomorrow (Sunday, August 27) in various locations around the country. For information about events in your area, visit www.heritageweek.ie