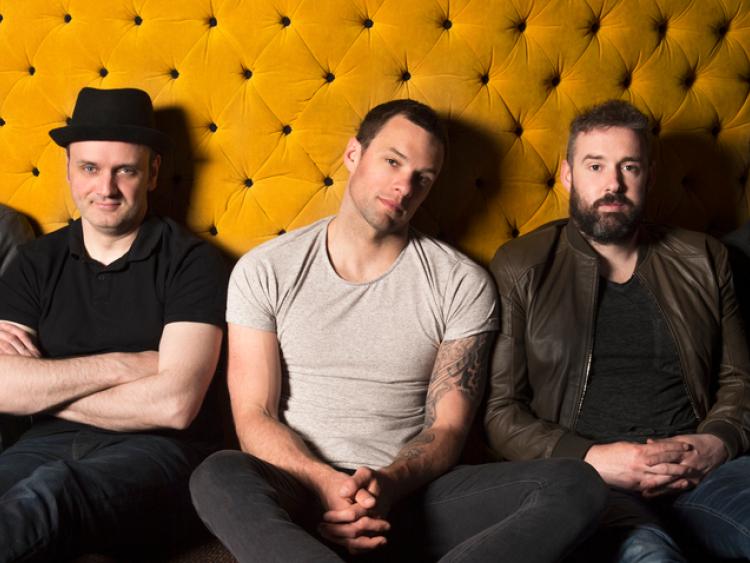 The invariably bustling north Longford town of Drumlish will once again become a mecca for music fans this weekend as the 2017 Marquee in Drumlish Festival makes its annual return.

And in keeping with previous years, organisers have once again pulled out all the stops with a star studded line up of acts from the world of rock, country music and Indie.

A large slice of those efforts have been largely down to the part played by its hosts, Fr Manning Gaels GFC and main sponsors Mulleady Properties.

The much anticipated four day extravaganza gets off the ground this Friday, courtesy of Longford based singer/songwriter Sean Rooney.

First formed in 2014, the quartet are certainly no strangers to the midlands county having recorded their first material in Joe Regan’s Granard based home studio.

The local feel looks set to continue on the festival’s opening night when Tullamore group Chasing Abbey take to the stage.

Lovers of pop, hip hop and dance are in for a real treat as the Offaly triumvirate bring their unparalleled charisma and action packed set to proceedings.

The night is capped by the long awaited return of Today FM DJ Fergal D’Arcy. The much acclaimed radio presenter has been an almost permanent fixture on the Marquee in Drumlish line up in recent years.

And the host of a weekday two hour afternoon slot on Ireland’s favourite national radio stadium will ensure the dancing continues on into the early hours.

If pop, indie and more than a hint of rock dominate affairs on the opening night, country music is the only show in town on Saturday night.

Fresh from his appearance at the 2017 Arva Show Dance, Robert Mizzell is lined up to open the second night of action.

Another leading light from the country music scene in the form of Derek Ryan is also pencilled in for a night that perennially attracts large swathes of crowds from right across the region.

All of that precedes the Festival’s always well attended Marquee Monster Bingo in Ballinamuck’s 98 Memorial Hall on Sunday.

It all gets underway from 3pm and, as has been shown with its corresponding events in recent years, a large pot of prizemoney is once again on offer.

The afternoon’s proceeds, meanwhile, will go to County Longford Hospice Homecare.
From there, it’s back to the Marquee as The Blizzards take centre stage, ably supported by performances from the Small Time Thieves (aka Top Shelf) and Cronin.

Both bands hail from Drumlish, Ballinamuck and north Longford on what is arguably the biggest night of the festival.

No Marquee would be admissible however without the talismanic presence of Declan Nerney.

The much loved and celebrated Drumlish frontman will, as expected, bring the curtain down on matters alongside a whole host of eminent guests, including his niece and singer songwriter Una Healy, Big Tom, Jimmy Buckley, Philomena Begley, Dominick and Barry Kirwan, Mick Flavin and many more.

With such a stellar accompanying cast, not to mention more than a dozen acts spread across the three other nights, it’s hardly surprising why talk is already radiating that this year’s offering promises to be among the very best in the festival’s rapidly blossoming history.