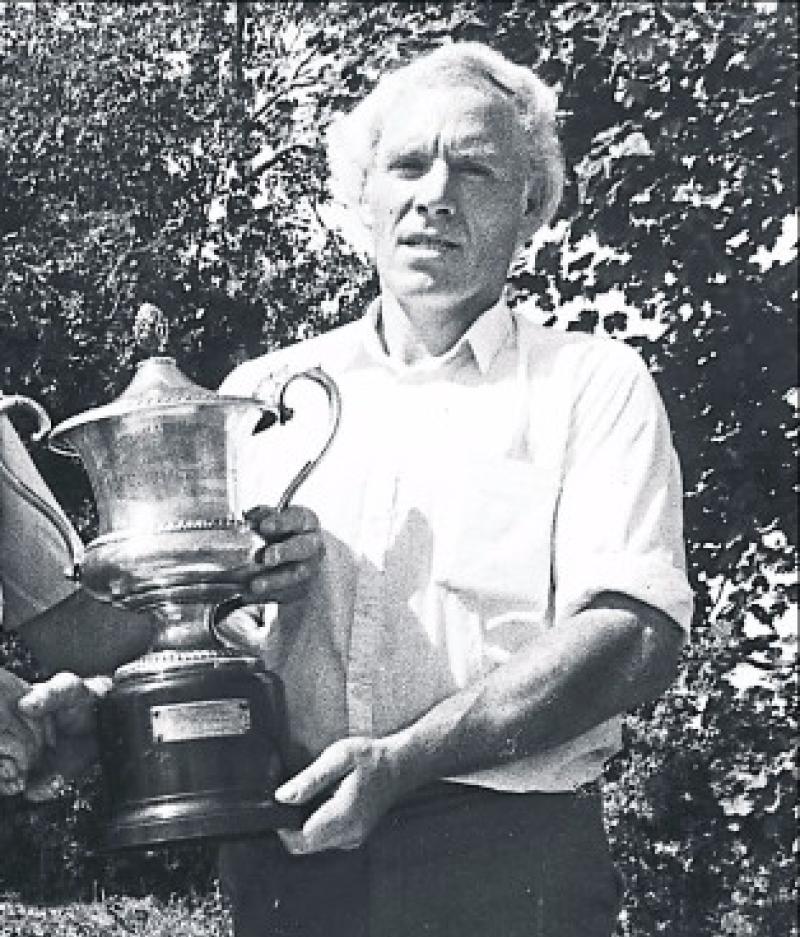 One of the giants and great characters of Longford sport and farming was sadly laid to rest at the weekend as they came from near and far to pay their final respects to the great Jimmy ‘The Cooper’ Reilly.

A founder member of the famed Ballymore GAA club on the outskirts of Granard town, he was a life president of the club and one of the pillars when they won their first ever silverware – a junior championship in 1980. Its poignant that the club is celebrating its 60th anniversary in the year that Jimmy leaves us for the next world.

A towering figure of a man with unrivalled strength, Jimmy was a no nonsense player who never thought anything of laying it on the line for the club.

He wasn’t the fastest of players but he was certainly one of the most effective and countless players across the county can bear witness to their encounters with the late great Cooper Reilly.

The Ballymore Club turned out in force to pay an emotional farewell to one of the greats. Players lined the streets of Granard as his remains were brought to the St Mary’s Church on Sunday evening and teammates from that winning 1980 team carried his coffin to the final resting place in the old Granardkill Cemetery on Sunday.

Ballymore clubman, Sean Kilbride, delivered a wonderful eulogy during the Funeral Mass and remembered Jimmy’s famed wit, commitment, dedication, sense of duty, loyalty, community spirit and most of all, his devotion to family and friends.

It was in the latter years of his playing career and a much younger opposition player was certainly getting the better of the aging Ballymore stalwart.

Jimmy famously eyeballed the rising young star and told him: “Stand aside now young man because I’ve often eaten bigger turkeys than ya.”

Away from the GAA fields Jimmy was very much a man of the land. He was a famous producer of pedigree sheep and until illness struck five years ago, would have dominated the sheep showing classes at local and provincial shows over the years.

Probably his greatest love was horses and down through the years, the Reilly family would have produced multiple top class hunters and showjumpers.

He would have sold top class horses to Europe, England and America and delighted in following these horses exploiting through the equestrian press.

Invariably the new owners kept in touch and were always looking to their get hands on the next ‘good one’ to come from Cooper’s yard.

Over the years he would also have stood several stallions at the home farm and in latter years kept several top class coloured stallions as the craze for ‘coloured’ jumpers swept the nation.

He was also a keen huntsman and would have hunted with the Longford Harriers for several decades, invariably schooling a young horse and it didn’t matter how big the wall or ditch was, the Cooper was always going to jump it.

The late Jimmy Cooper Reilly from Ballymore died peacefully on Friday, August 4, in the loving care of the devoted staff at St Joseph’s Care Centre, Longford and his passing is deeply regretted by his brothers, Michael (Ballaghaderreen), Frank (London) and Hughie (Ballymore); his sister, Eileen Dalton (Ballinalee); brother-in-law, sisters-in-law, nieces, nephews, relatives, friends and neighbours. His remains reposed at St Joseph’s Chapel, Longford, before being removed to St Mary’s Church, Granard for Funeral Mass and burial afterwards in the old Granardkill cemetery.