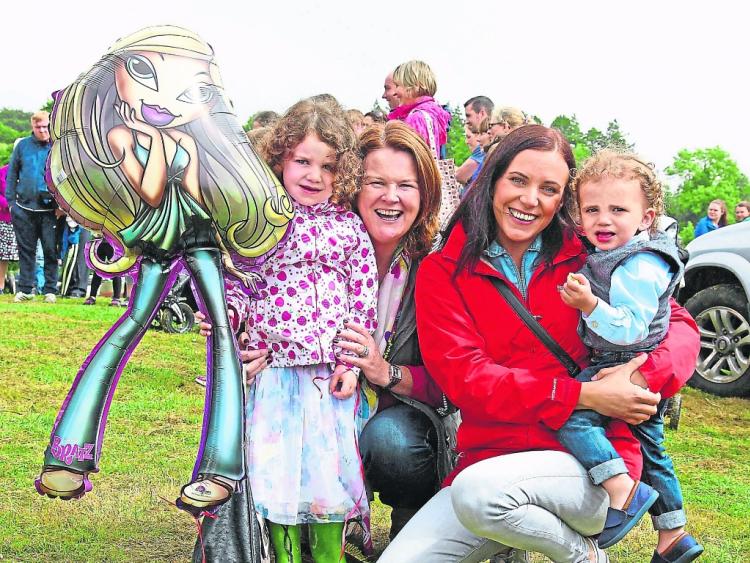 This Sunday represents something of a milestone in Arva as the County Cavan town pulls out all the stops for its 60th Agricultural Show.

To mark its diamond anniversary, organisers have assembled what can only be described as a comprehensive list of events to rival the best this region has to offer.

The saying of ‘if it ain’t broke don’t fix it’ is one that could arguably foisted in the direction of the Arva Show and maybe why the occasion has remained a mainstay on the grounds of Philomena Fyfe for so long.

In keeping with spectacles of this nature, the old reliables of horses, cattle, poultry, sheep and goats will focus the minds of many from early doors, not least the eagle eyed judges.

A perennial highlight for a large section of observers is the home industries section with judging expected to commence from 10:30am.

But Arva’s success in managing to reach its 60th birthday has not been the sole consequence of its rich array of agricultural demonstrations.

It’s carefree, family feel approach is perhaps among its most enduring features, something which is in rich supply once again on Sunday.

Evidence of that is illustrated by the wide range of activities organisers have managed to summon together.

Free face painting and bouncing castle are just for starters, along with a play area, ensuring this year’s show lives up to its mantle of being an occasion for all the family to enjoy.

A wide variety of refreshments, both hot and cold will likewise be on offer throughout the course of the day.

In a further twist, the committee have added more than a few unique attractions to celebrate the show’s continuing longevity on Sunday next.

A further highlight is the scheduled All-Ireland Tug O War duels that are expected to take place.

No fewer than four different men’s weight classes are pencilled in to compete and flex their muscles in front of onlookers.

If watching grown men espouse their physicality is not your thing, the appeal of a fascinating farm display model under the stewardship of local man Conor Kiernan might.

But perhaps the most intriguing accompaniment to this year’s showcase is the opportunity for show enthusiasts to take a ride in a hot air balloon.

The one caveat Show Secretary Brían Cully noted was that the latter was very much dependent on the weather.

That same cautionary tale was directed at plans to host a fireworks display along the shore of Gartylough at 8:30pm.

From there, the attention switches to The Breffni Arms Hotel as the ever popular show dance brings the curtain down on another year of agricultural celebrations in the three province town.

Owing to the positive feedback garnered from his performance of 12 months ago, country star Robert Mizzell will once again take to the stage and serve up his unique ensemble of new as well as more timeless material.

Doors open from 11pm with dancing expected to descend into the early hours.

Given such an impressive itinerary, there are worse ways to spend a Sunday afternoon and evening.