Longford-Westmeath to remain a three seat constituency after review 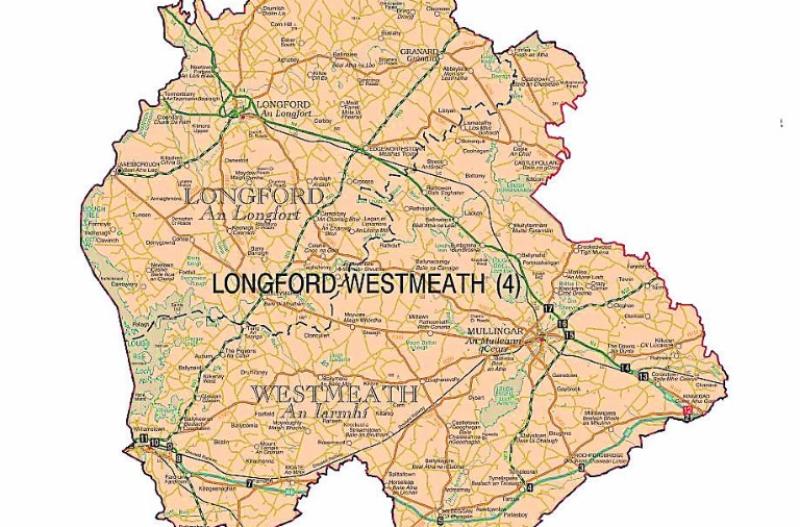 Reported moves by Constituency Commission chiefs to ship around 6,000 Longford voters to the Cavan-Monaghan constituency was “never a runner”, it was claimed this week.

Those murmurings, as it transpired, failed to materialise with the Commission agreeing to keep the constituency intact ahead of the next general election.

Longford-Westmeath TD and OPW Minister of State Kevin Boxer Moran was one of those who had been hoping to see the constituency returned to a five seater.

He said despite being left disappointed in his efforts to convince commission officials into a re-think, Mr Moran had accepted the decision.

“It was a five seater before and I had looked for that to be returned,” he said.

“At the same time I had a number of people come to me that are living on the divide of the border with Meath complaining about how they had little or no representation and that was why I put down the submission.”

The Independent Alliance TD said he had held a number of discussions with Meath West TD Damien English over the issue.

Mr Moran said whatever about the ins and outs of the boundary reviews, it was incumbent on politicians to ensure members of the public were not disenfranchised.

“We have talked about it to see how we can promote the area so maybe we need to start working together.

“These people can’t just be left behind.”

If there was mixed feelings about the decision to keep the status quo in place in Longford-Westmeath, there were scathing remarks from Fianna Fáil’s Eugene Murphy over plans to redraw the Roscommon-Galway boundary.

“In my own constituency in Roscommon and Galway it is absolute brutal butchery and I really feel sorry for the people of the Boyle area, who are now going to be thrusted into Sligo, Leitrim and Donegal,” he said.