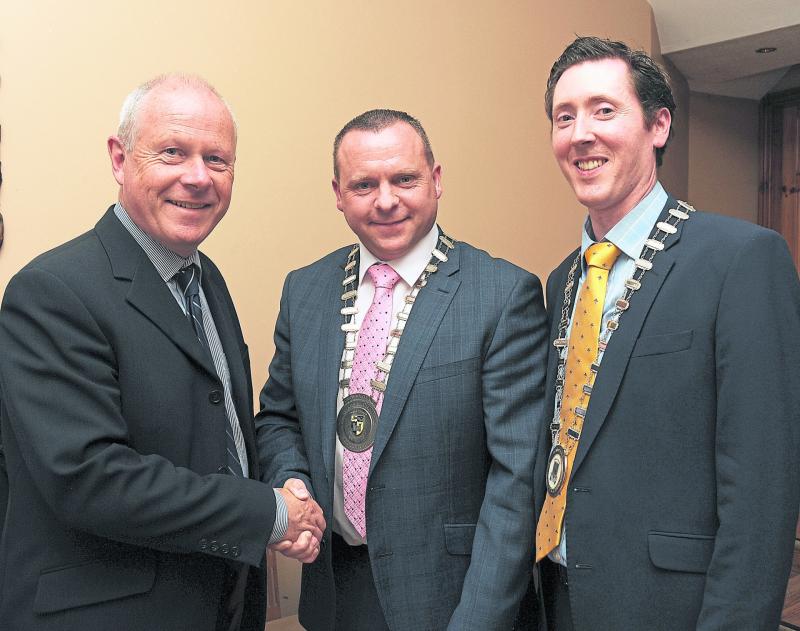 Longford’s jobs market and indigenous business sector look set for a beneficial next 12 months ahead if newly installed Cathaoirleach of Longford County Council Cllr Martin Mulleady gets his way.

The Fianna Fáil man was crowned the county’s first citizen in his native parish of Drumlish last Friday afternoon and immediately set about leaving an indelible mark on the office of Cathaoirleach.

At the top of that ‘to do’ list are plans to set up a self styled ‘business forum’ in order to stimulate the local economy.

“One of my goals would be that we, as a county, bring in business and I want to set up a business forum to see what we can do to bring more business in and create more jobs for young people so that they don’t have to get on a plane or a boat,” he said.

Equally, Cllr Mulleady extolled the virtues of Longford’s ageing populous as well as the need to proffer support to their changing and evolving needs.

“They need massive support, places where they can go and meet,” he maintained.

“It is important they are looked after, after all they are the people who built this country.”

Besides that long list of aspirations, there was plenty of humour as there were elements of sentimentality in the newly elected Cathaoirleach’s inaugural speech.

The former came as Cllr Mulleady told of how he had suffered a puncture blowout in the lead up to last Friday’s proceedings, causing him to leave a carefully prepared speech at home.

Yet, it was the father of two’s innate sense of pride in being elevated to a position he has waited 13 years for which undeniably struck a chord with those watching on from the floor.

The third generation from a Mulleady family steeped in local politics, the Drumlish politician said following in the footsteps of his grandfather, Frank and uncle, Sean both of whom served at local authority level, was especially satisfying.

So too was the chance he took to pay tribute to his mother, Mary, two children, family and close friends who attended his inauguration in his home parish last Friday.

Appreciative comments were likewise sounded in the direction of the Council’s executive and his “outstanding” predecessor Cllr Mick Cahill.

In a fitting tribute given the location of his unveiling, Cllr Mulleady opted to hold a minute’s silence to the last Drumlish councillor to hold the chain of Cathaoirleach-the late Cllr Gerry Brady.

“I was elected a young man and hopefully I am still a young man,” he quipped.

“If I can get as high as the bar Mick (Cahill) has set I will be very, very happy.

“But if we, as a council and a county pull together; focus on the positive, not the negative and wear the blue and gold together with pride we will be doing okay.”

If most, never mind all of those yearnings come to pass he might not be far wrong. 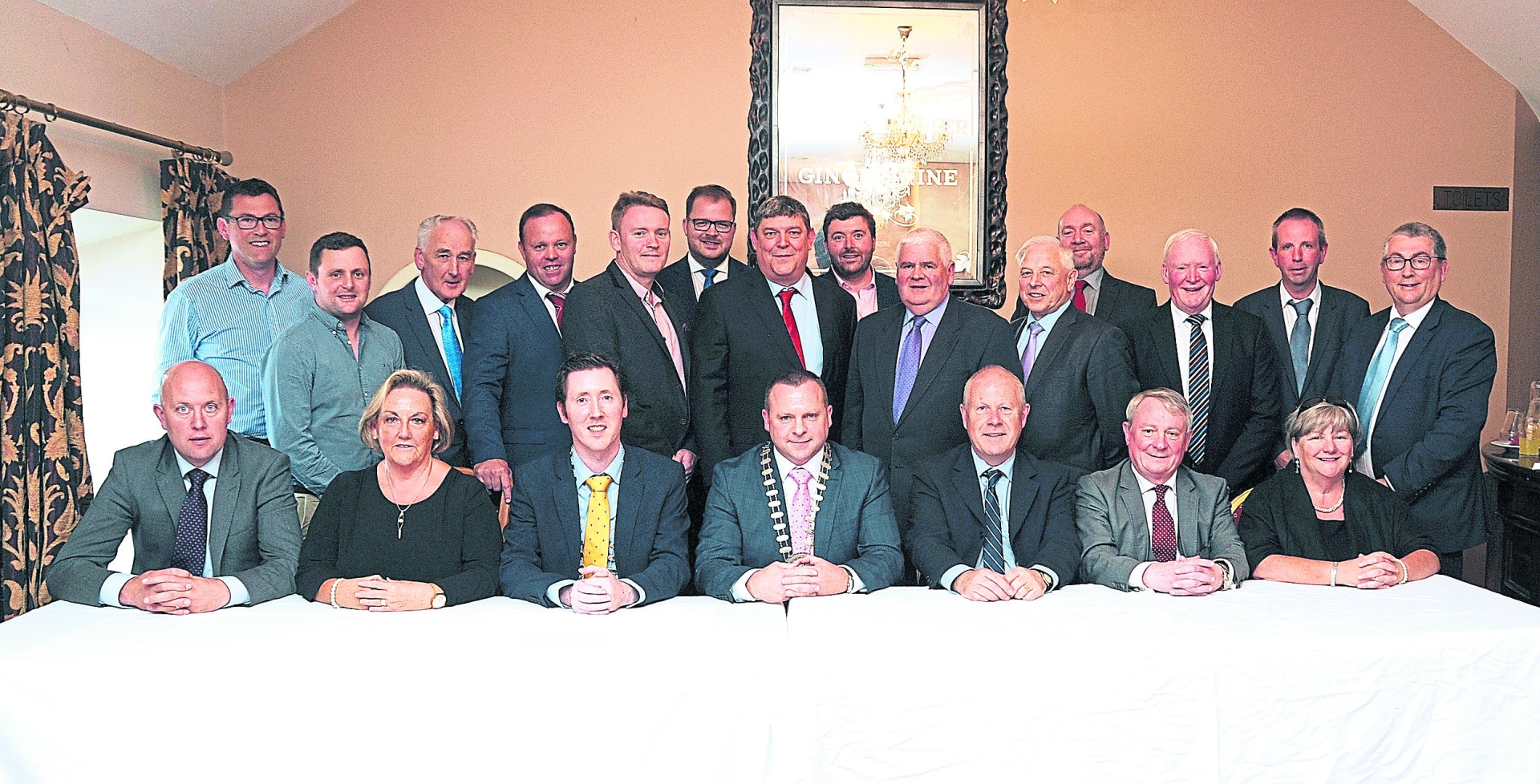