Hundreds of potential jobs on the cards for Longford 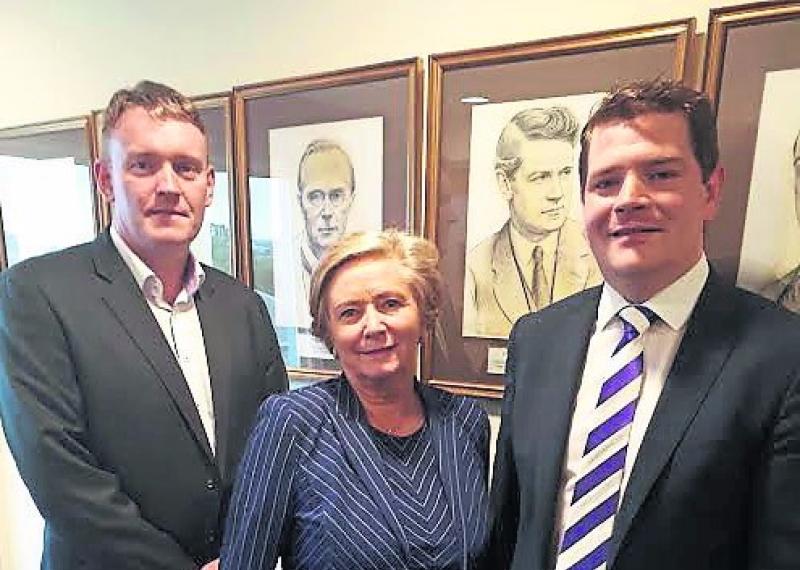 Cllr Micheàl Carrigy and Peter Burke TD who met with Minister Frances Fitzgerald in relation to an IDA replacement factory on the Cameron site. A very positive meeting was held.

Longford’s local economy is on the cusp of a major shot in the arm with hundreds of potential jobs, business expansions and takeovers all on the horizon.

In a week of hugely positive developments on the regional employment front, it would appear the county’s fiscal fortunes are rapidly improving.

Taking centre stage are plans by a leading international manufacturer to take over the site of former Longford based multinational Cameron.

As first revealed by the Leader on its website last Thursday, a British based conglomerate is in advanced talks with IDA and State officials to take over the running of the Aughafad plant.

It’s understood the company plans to create more than 100 start up jobs with the possibility of growing that figure to around 220 over the next number of years.

That reveleation coincided last week with the last batch of Cameron workers leaving their jobs for the last time.
Approximately 170 employees were effectively made redundant last October when the company announced it intended to cease operating.

The decision was one senior bosses had blamed on downturns affecting the world's oil and gas markets.

However, the Leader has learned talks aimed at securing a replacement anchor firm at the site will see the company take over the running of the Cameron site with the manufacturer leasing back part of the premises.

That deal will also ensure the retention of Cameron's estimated 50 research and development jobs at the site.

The impending promise of a three figure jobs boost coming to the county came hot on the heels of similarly rumoured plans at local food Panelto.

Owing to a recently lodged planning application, it intends establishing a 48,000 sq ft extension to its headquarters just off Longford's main Ballinalee Road.

The move, should it be granted will effectively double its capacity and output potential.

Industry experts believe the development could signal a job announcement similar to the one at the Cameron plant.

The company, for the moment, has said it will not be making any comment publicly until Longford County Council has made a decision on its planning application.

If those potential job openings are still advancing, the future for another manufacturing company appears equally promising.

Much of that sense of optimism at Finesse Medical, also located in Longford town, comes as the company begins life under new ownership.

In a reported multi-million Euro deal, the local manufacturer was taken over by New York-listed Avery Dennison Corporation.

“This is yet again proof that our county is a viable place for investment.

“It also shows the work being done by Longford Enterprise Office, council staff and councillors is paying off,” he said.