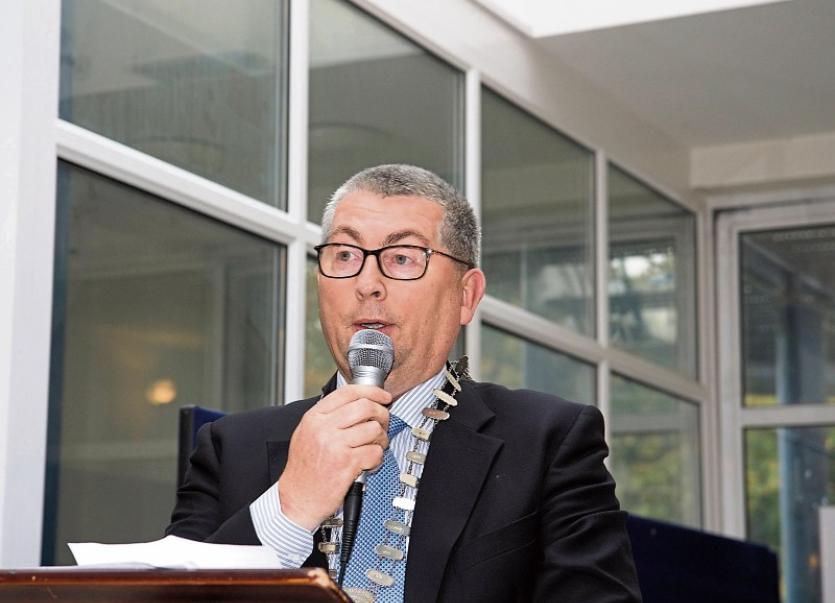 All eyes in Drumlish last Friday may have been fixed on Longford County Council's incoming cathaoirleach, but for its outgoing officeholder tributes were in predictably rich supply, writes Liam Cosgrove.

“Little did we know that just over a year ago in the Rustic Inn in Abbeyshrule that you would play such a blinder of a role a set the bar so high for all those that are to follow in your footsteps,” he said.

Cllr Gerry Warnock followed suit with an almost identical sporting themed tribute as he, not for the first time, lauded the merits of local democracy.

“You played an absolute stormer,” said the Independent Cllr and former County Cathaoirleach.
“PJ (Reilly, Leas Cathaoirleach) hardly had to get off the subs bench.”

“This is a team effort what the last three years has shown is what local government is all about.”
Chief executive Paddy Mahon said Cllr Cahill could hold his head high as he prepared to return to the council's benches.

“The bar has been set very high.”